St Pancras Station is the main departure point from London for services to the East Midlands and other parts of Yorkshire. The building includes two of the most celebrated structures built in Britain in the Victorian era.

The main trainshed (completed 1868), by the engineer William Henry Barlow, was the largest single-span structure built up to that time. In front of it is St Pancras Chambers, formerly the Midland Grand Hotel (1868 -77), one of the most impressive examples of Victorian gothic architecture designed by Architect George Gilbert Scott.

With the change of use of the station to become the London terminus of the Eurostar from Paris via the Channel Tunnel Rail Link the station required extensive refurbishment and adaptation.

Paye’s specialists were appointed to dismantle and rebuild the chimney stacks to the east elevation, clean the existing facades of the trainsheds and rebuild over one million bricks within the vaults and arches. 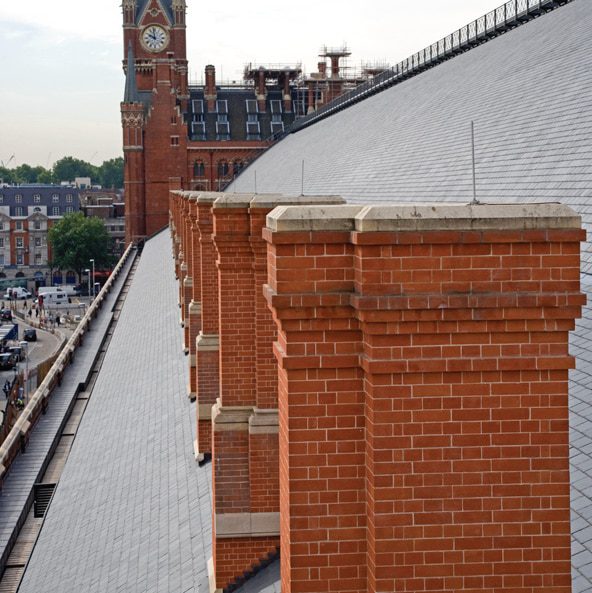 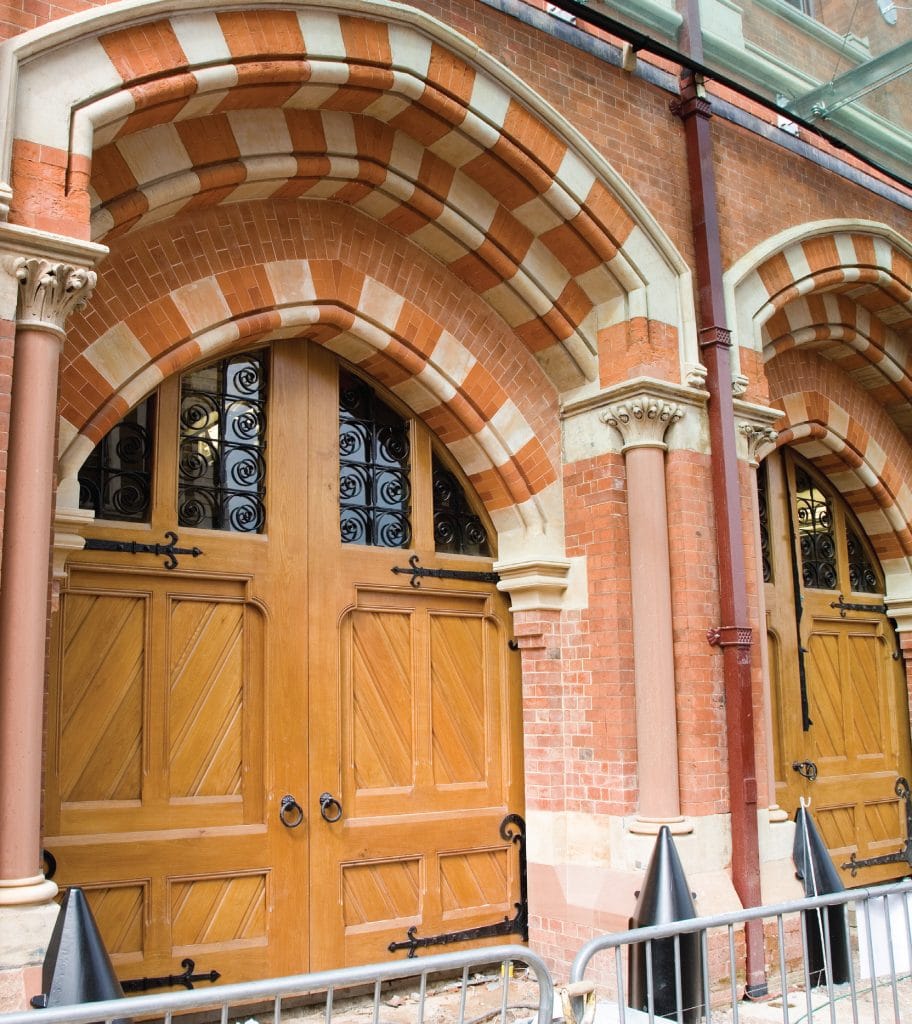 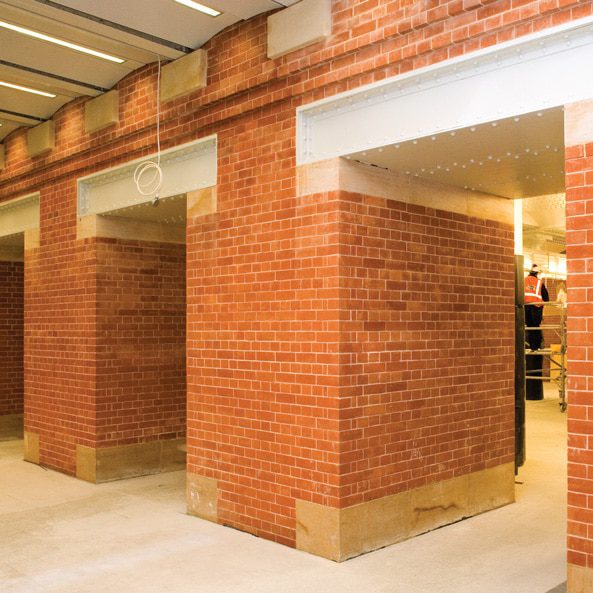