The building dates to the mid 12th Century and was constructed as a traditional Motte and Bailey castle for Henry II.

The building was occupied through the medieval period up until the late 16th century where it fell into disrepair and the curtain wall and bailey were lost. The ministry of works took ownership of the castle in 1962, it is now open to the public and managed by English Heritage.

The aim is to retain the historic fabric and prolong the buildings life for the foreseeable future.

The main focus has been the conservation of Septaria which was failing and in an on-going deteriorating condition across all the elevations.  Application of a designed render mix established following extensive exemplar trials will protect the masonry from further immediate loss.

Over 400m2 of elevations rendered

Over 24T of render applied 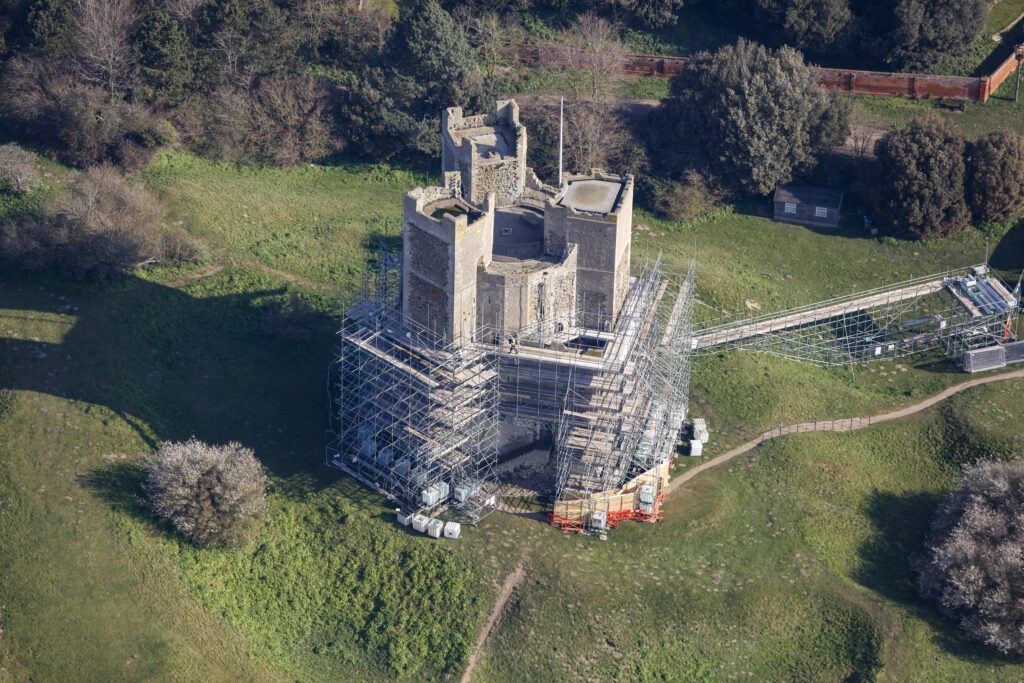 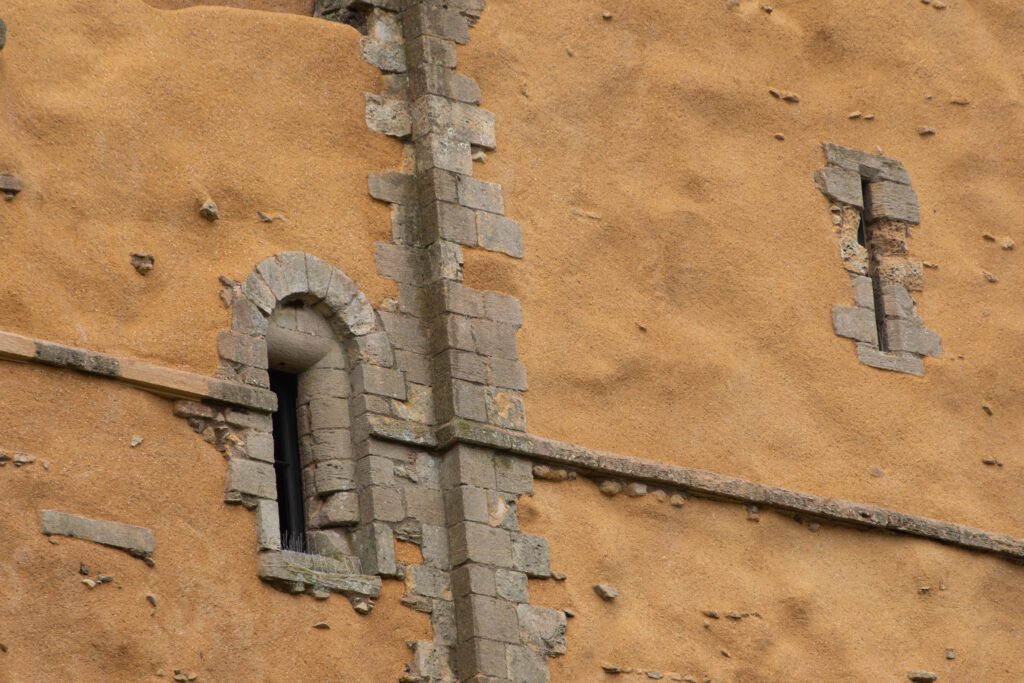 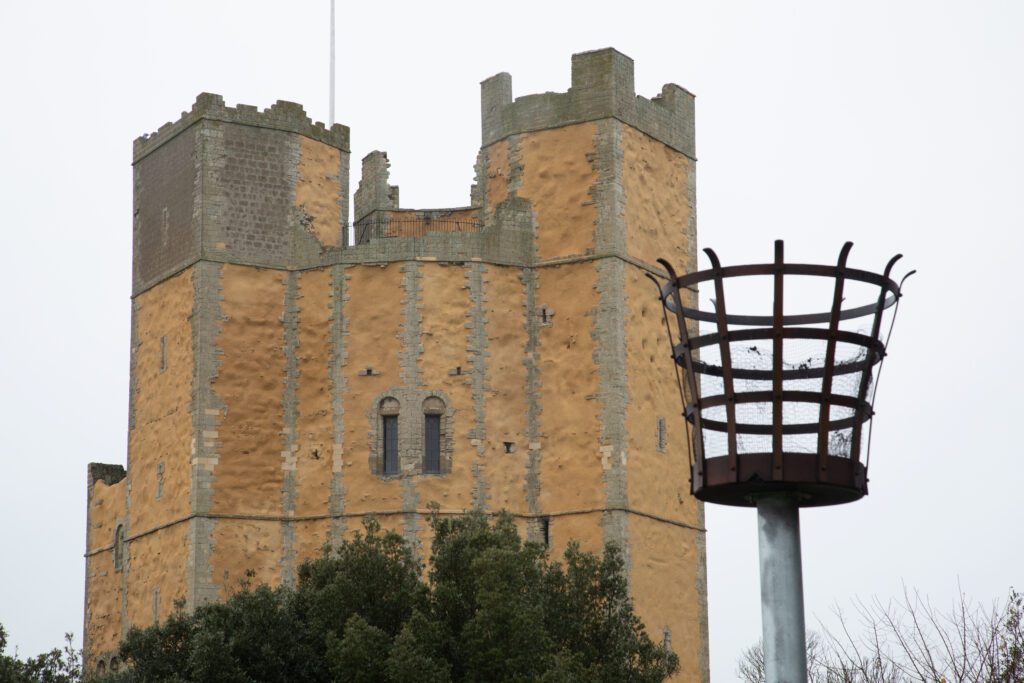 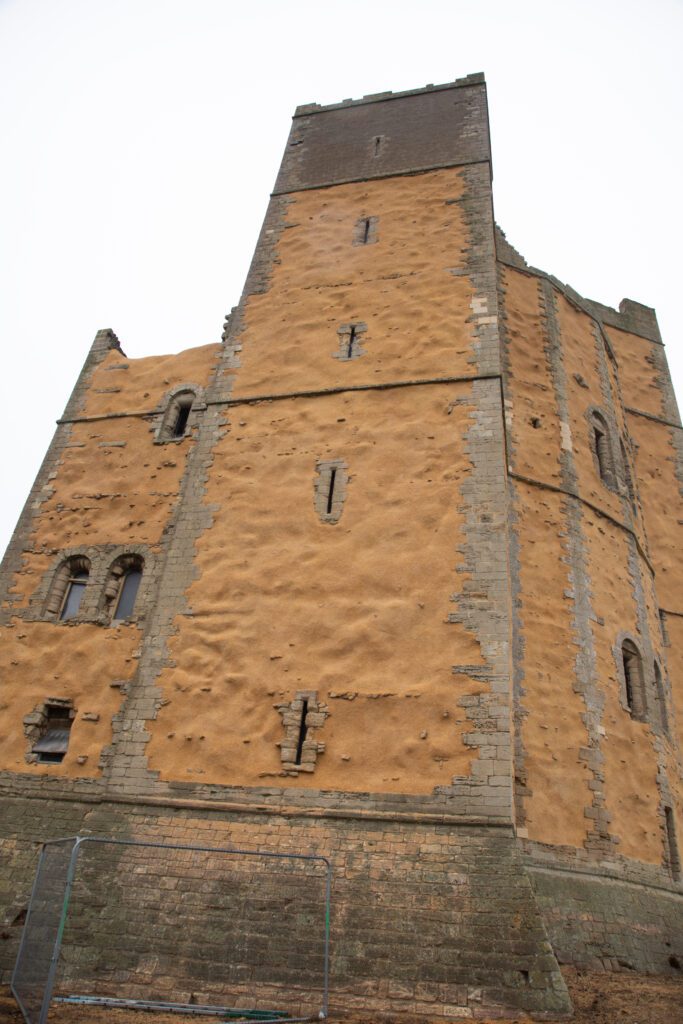 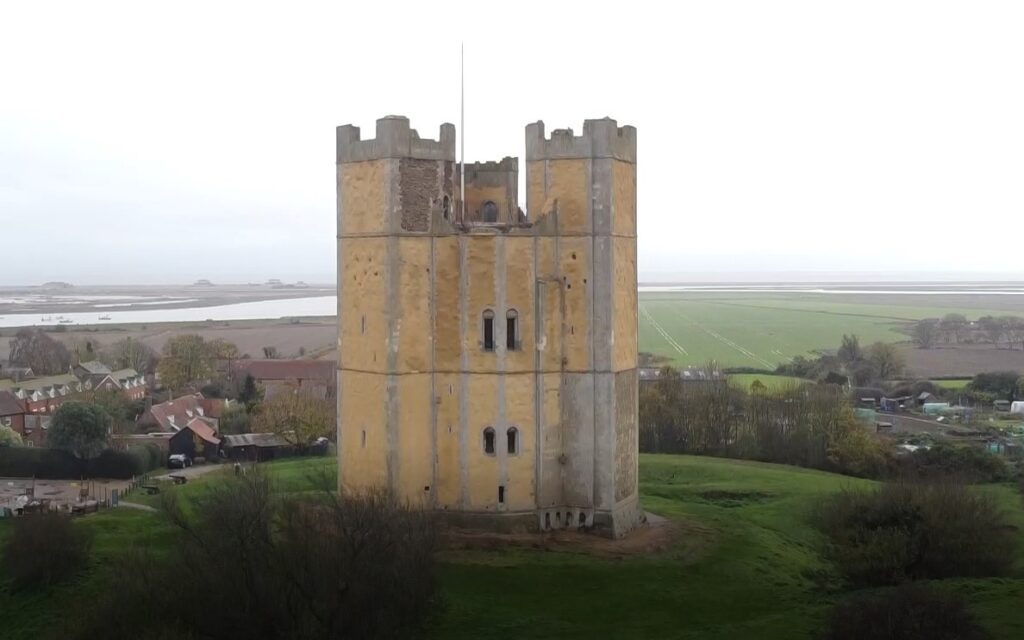