The Grade I listed Royal Pavilion is a former royal residence built in the 18th Century as a seaside retreat for George, Prince of Wales, (who later became King George IV in 1820).

It is built in the Indo-Saracenic style prevalent in India for most of the 19th century. The current appearance of the Pavilion, with its domes and minarets, is the work of architect John Nash, who extended the building in 1815. It was sold to Brighton Council in 1850

As Principal Contractor, Paye undertook a comprehensive programme of high-level masonry DOFF cleaning and repairs replacing friable stonework with new. Repairs include the balustrade, minarets and chimneys. Removal and replacement of de-bonded render, redecoration and repair of windows, metalwork and surfaces. 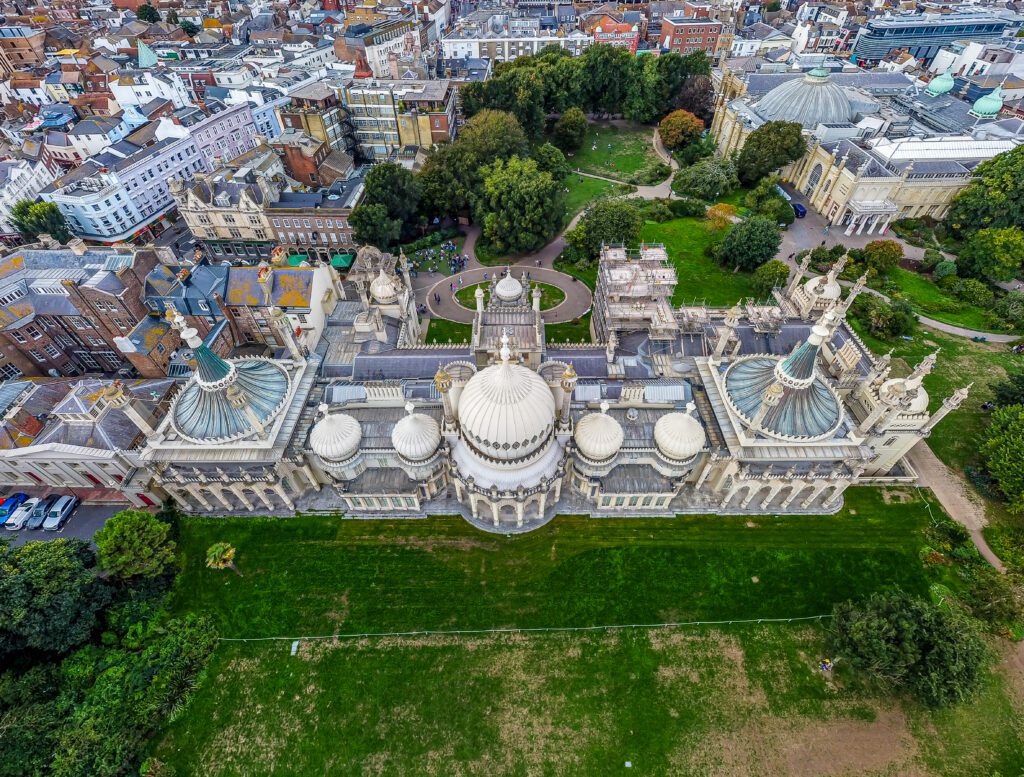 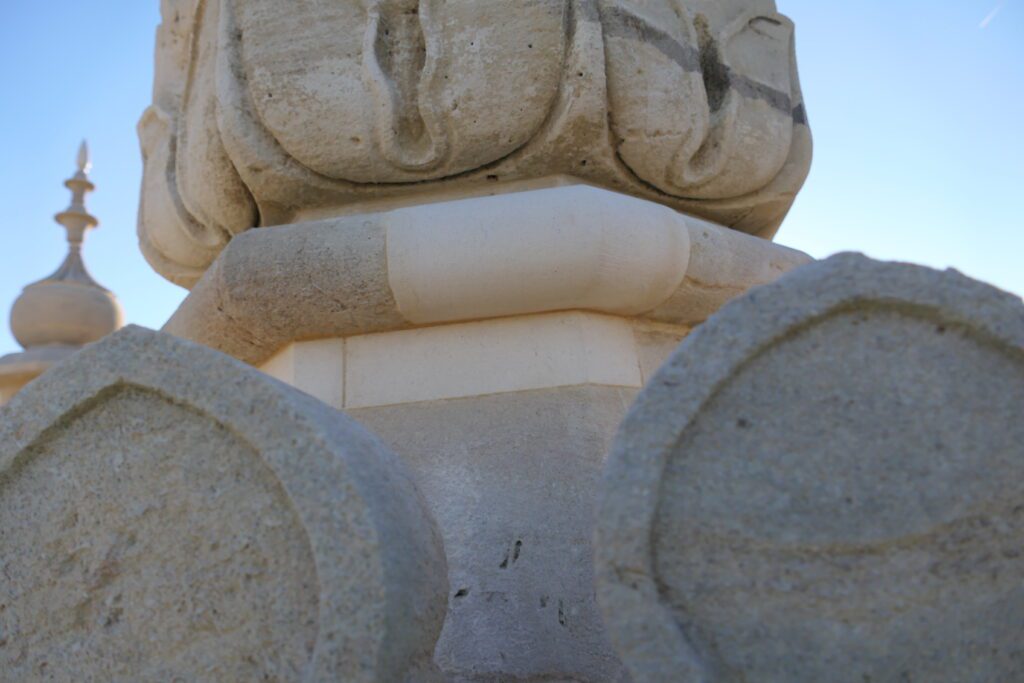 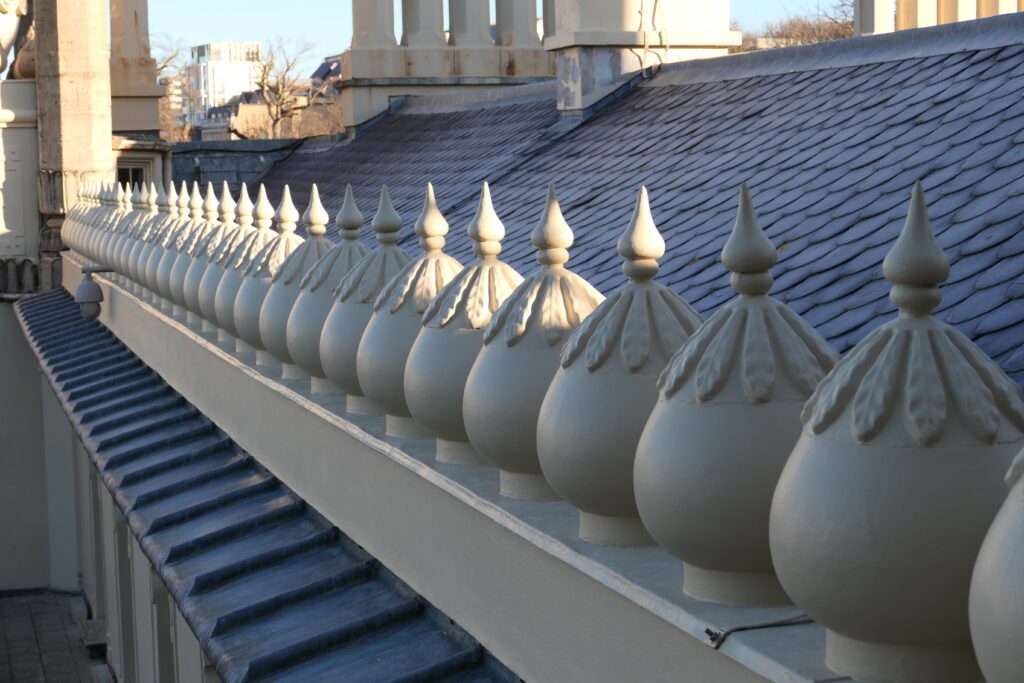 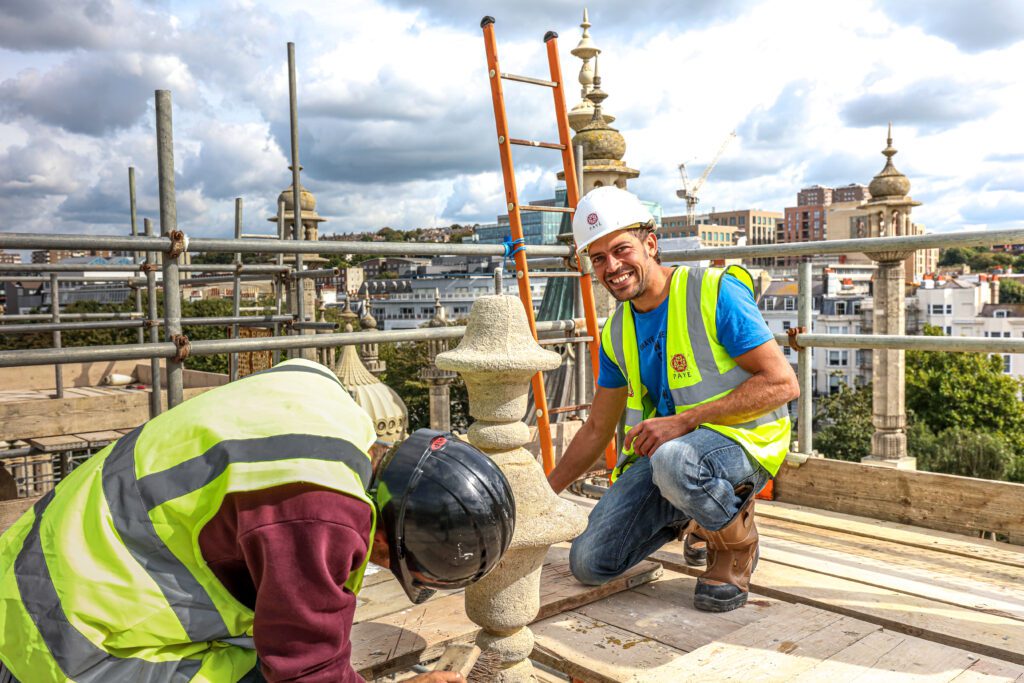