Paye were employed to carry out several significant masonry packages in the ambitious re-development of Blackfriars Station, which included the supply and installation of new stonework to the North and South stations, de-construction, salvage and alteration to the listed North and South bridge abutments and extensive remodelling of the East and West bridge pier heads.

Ahead of commencing work on site detailed surveys were carried out to establish the condition of existing listed masonry prior to deconstruction and salvage. The surveys helped establish the practicality of future re-use of stonework following new foundation and backing structure construction.

To minimise the use of road transport new stone and materials were loaded onto barges and shipped upriver to be unloaded directly onto the bridge pier heads. Due to the ever-changing tidal flow of the river deliveries couldn’t be made on a regular basis or always during normal hours requiring close liaison with the Port of London Authority to ensure these could be completed without disruption to other shipping.

The mass masonry of the North and South abutments had to be de-constructed to the flood defence line to allow alterations to be made to the support structure and create new access. As the masonry was dismantled each stone was identified with a unique reference number before being palletised and taken to Paye’s storage facility.

Following completion of the construction works the stone was returned and re-built back in its original position. The South abutment cast iron Cartouche was carefully dismantled, removed from site for repair and decoration before being reinstated.

First new station on the South Bank in 120 years 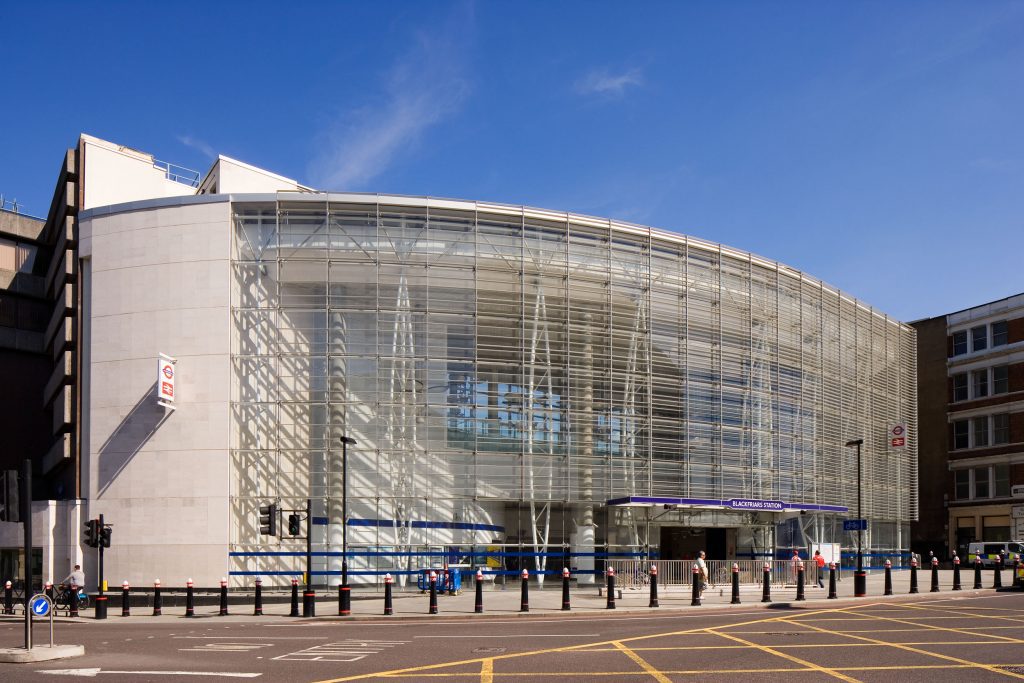 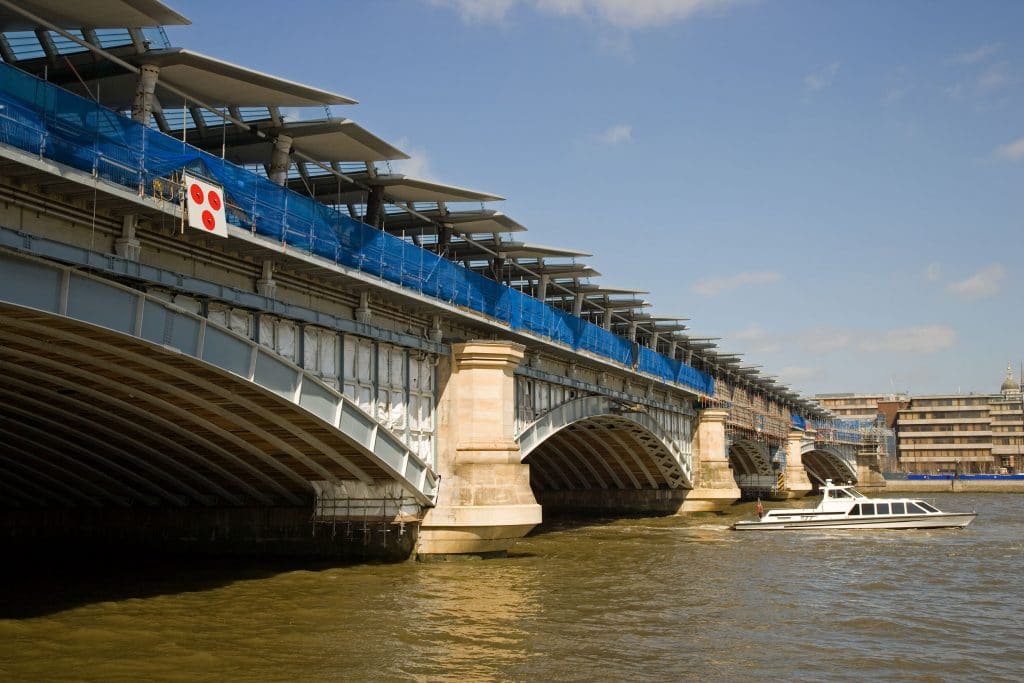