This Grade II listed church was designed by Augustus Pugin and built by George Myers in a Victorian Gothic style. Its foundation stone was laid on 26th October 1842 and was opened some 12 months later. Pugin was given the commission to build the church, one of only three of his in London along with St Thomas’s, Fulham and St George’s Cathedral, Southwark. It is constructed from yellow stock brick with Bath stone dressings and slate roofs.

Paye undertook external masonry repairs and replacement of damaged facing bricks and eroded stonework together with deconstruction and re-build of gables. Extensive re-roofing including replacement of approximately 1100 m2 of slate. Internally, a full birdcage scaffold was erected to allow access to replace and redecorate all the damaged ceilings. 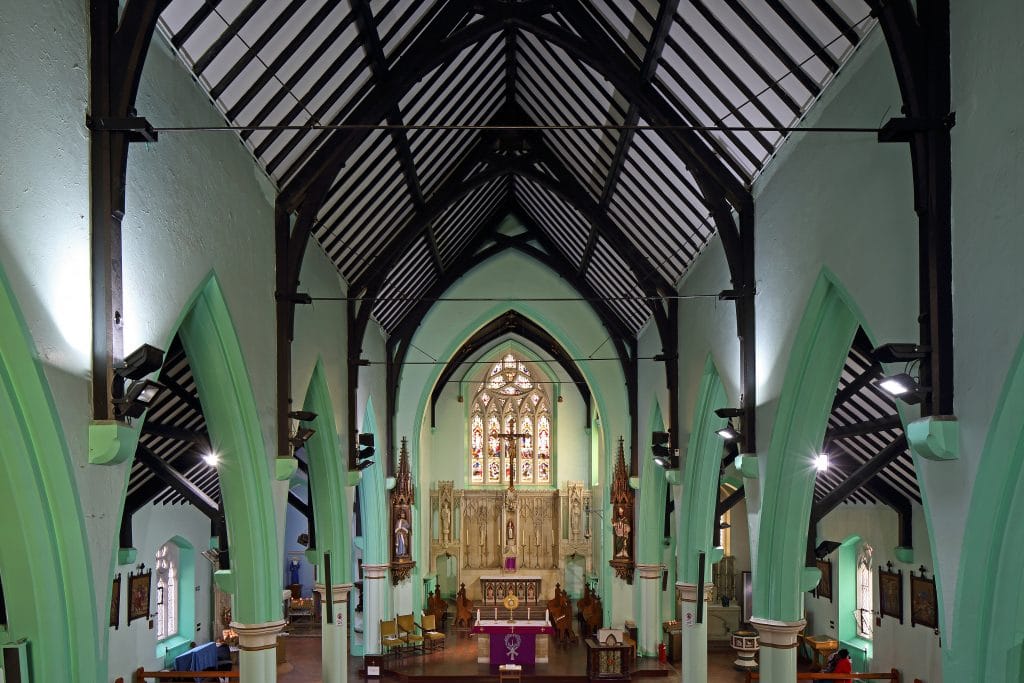 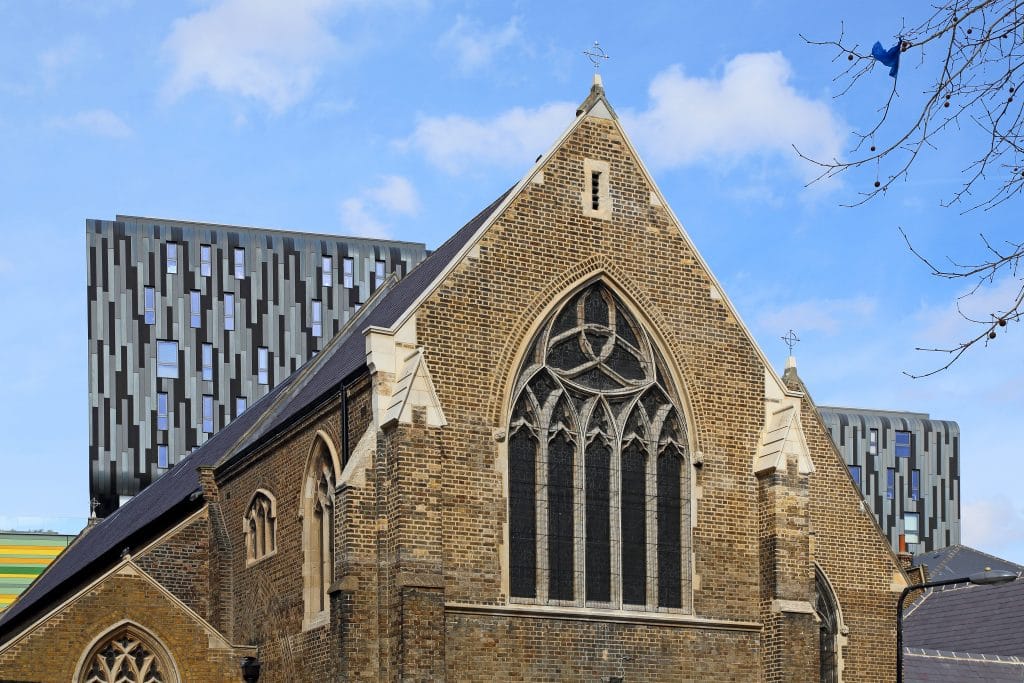 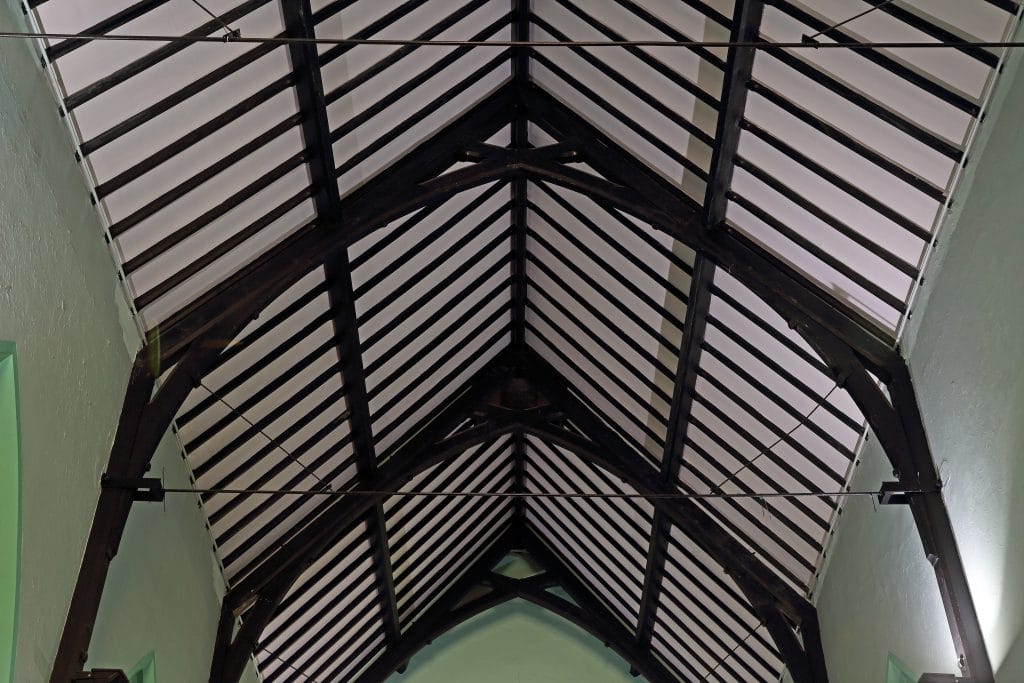 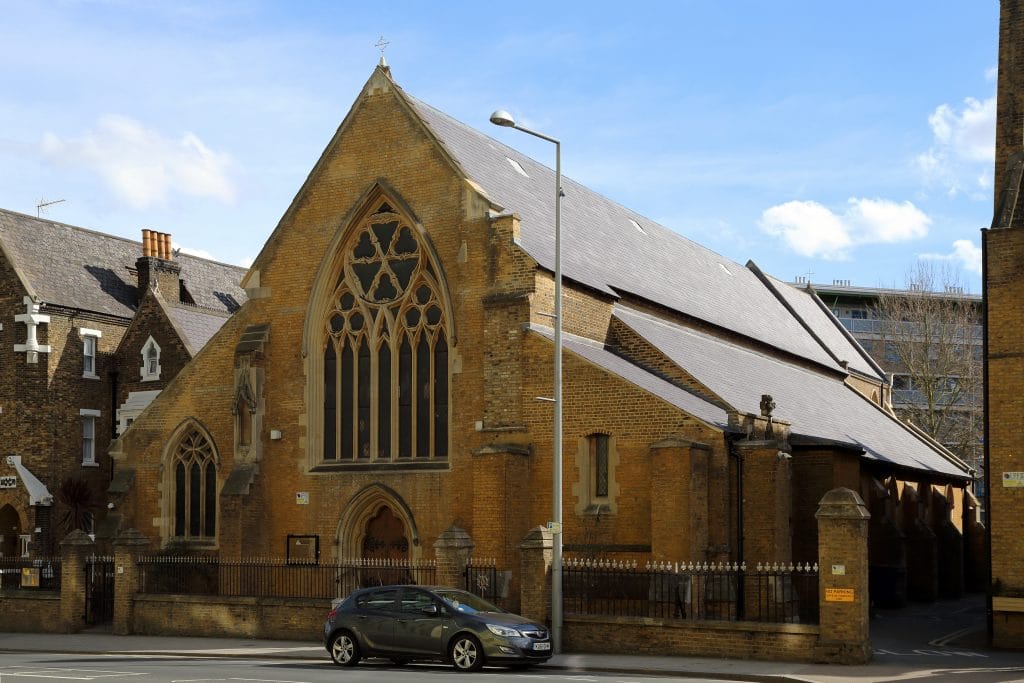 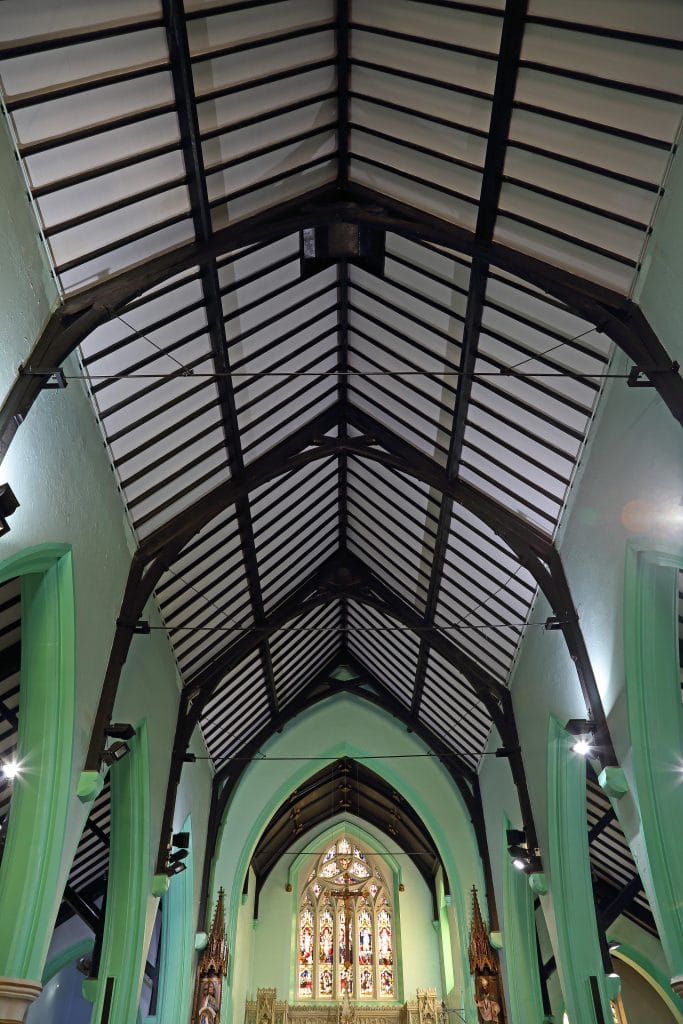 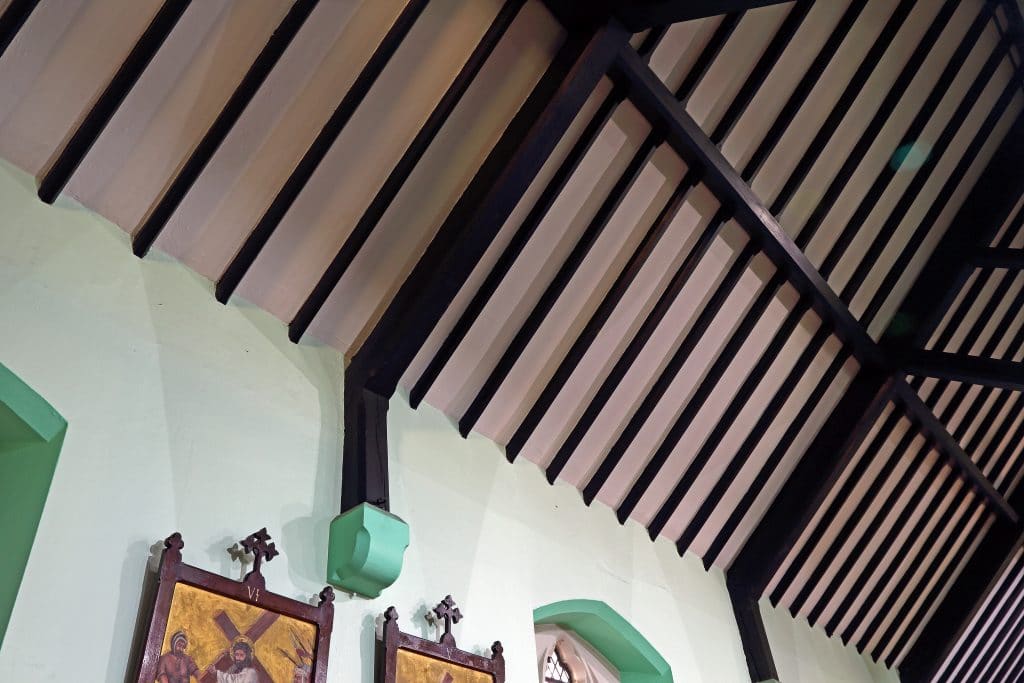