Paye were contacted by the client of a well-known medical institute in central London to remove what turned out to be one of the single most expensive pieces of masonry they had ever been asked to recover.

The Banksy art piece has been painted onto a terracotta pier some years before at Moorfields Eye Hospital and subsequently covered over to protect it once its true worth and provenance was known.

Working behind protective hoardings to shield the works from passing members of the public, Paye’s skilled masons began the very delicate process of extracting the block. There was some initial doubt as to whether this could be carried out successfully without having to completely dismantle the pier which would have required substantially more work and disruption to the operational hospital.

Working slowly over several hours and with frequent checks on progress by the client the artwork was carefully loosened by drilling and breaking out from the side to release the block from its backing mortar.

Successfully removed and in one piece the Banksy Gangsta Rat was taken into safe keeping and auctioned off to raise much needed funds for the hospital.

Money raised for research into new treatments for eye disease 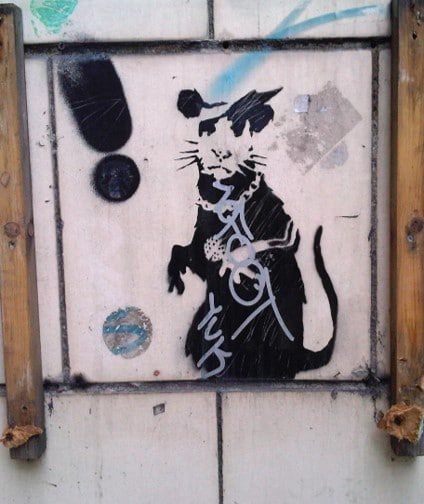 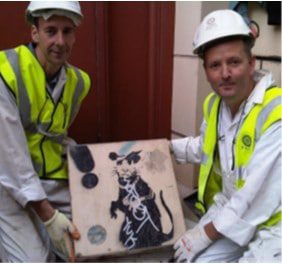