Originally a high-end hotel it later became a house before being converted into offices in 1938. Left unoccupied for a couple of years the building has now been fully restored and returned into private ownership as a single-family dwelling.

Internally the Portland stone cantilevered staircase was stripped off paint to expose the original stonework. Fine detailed stone repairs were carried out using a combination of natural stone indents and lime mortar.

To accommodate internal alterations to the structure the staircase had to be re-modelled requiring new moulded stone cantilevered treads to be manufactured and installed. 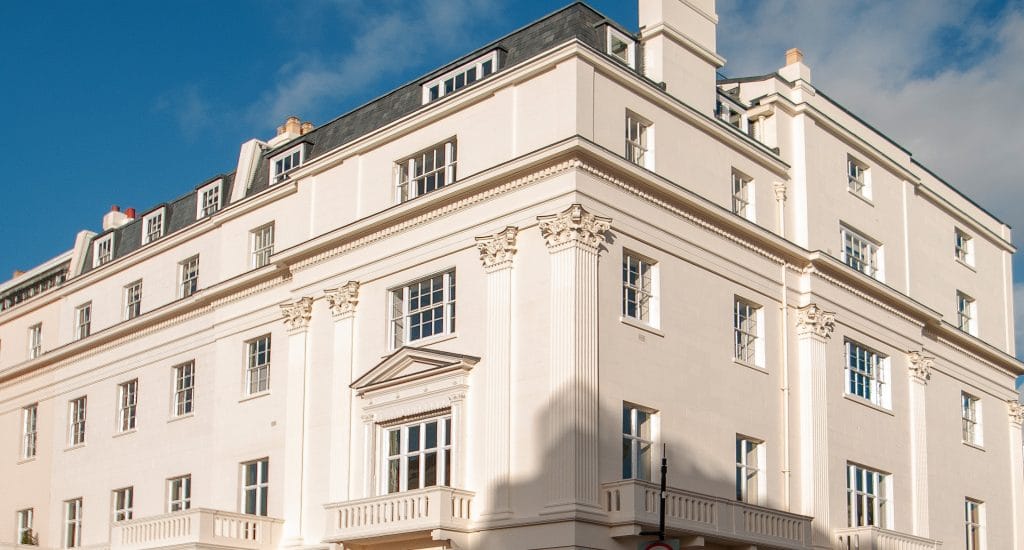 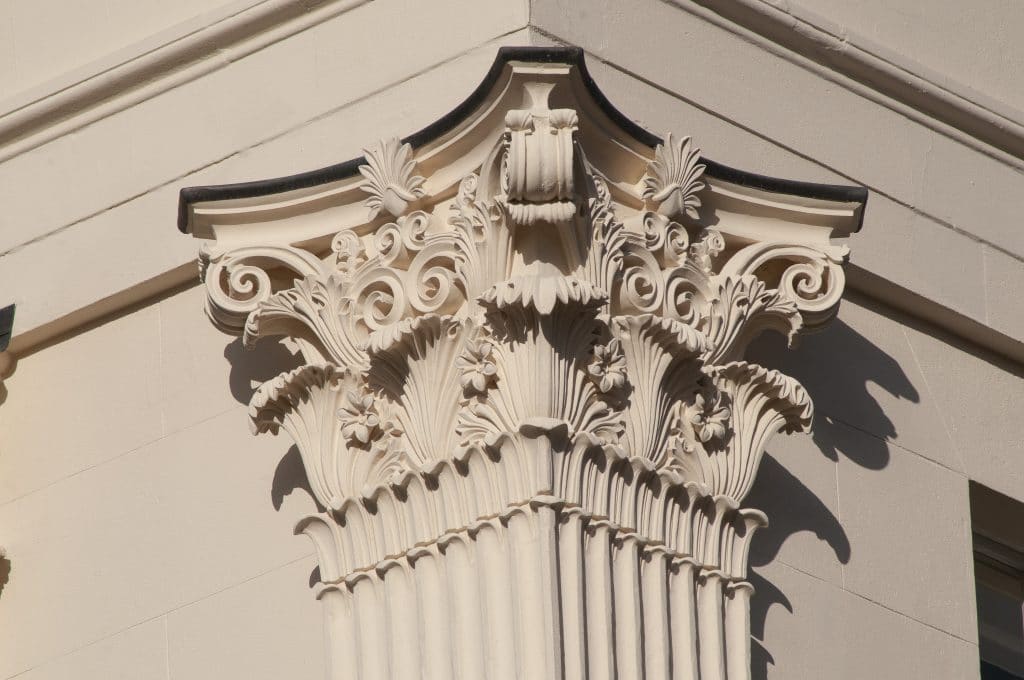 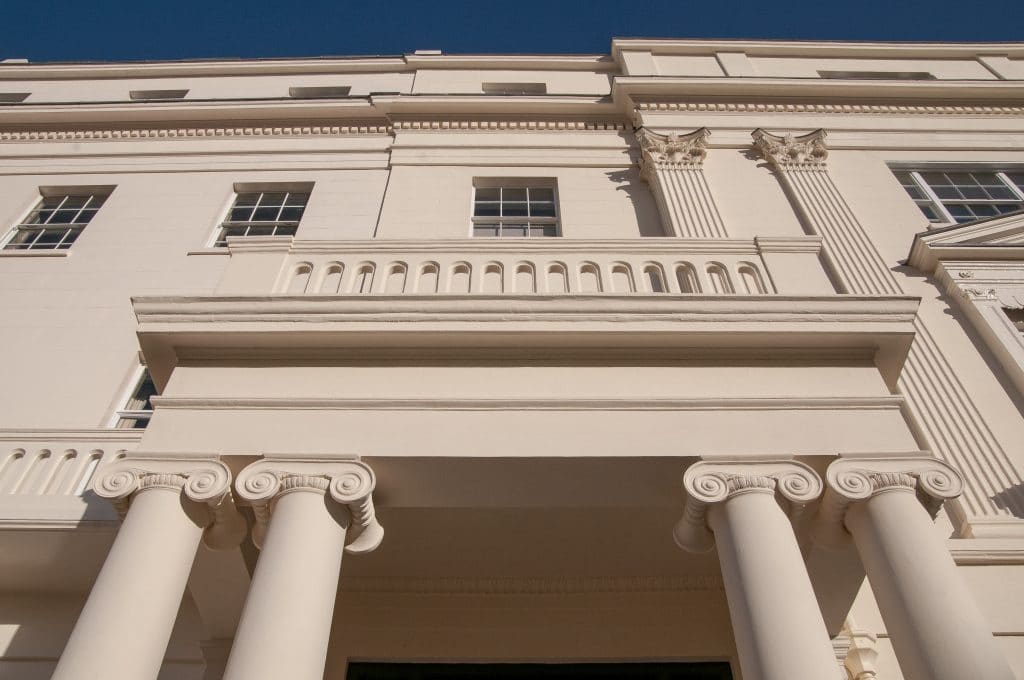 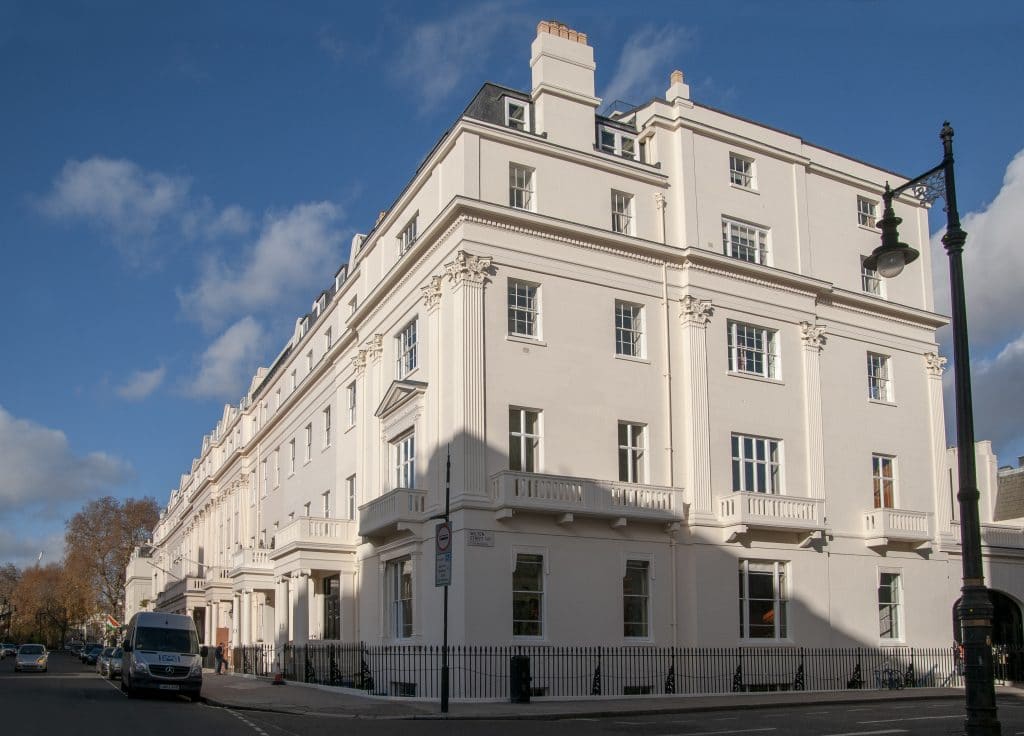 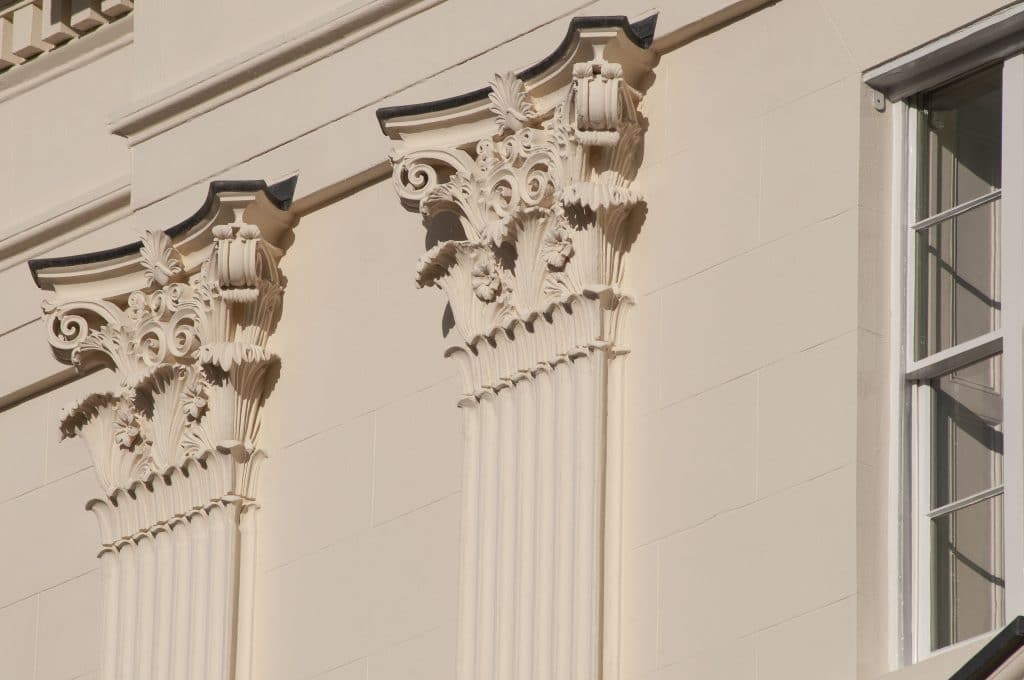