Site of a Saxon royal manor from as early as 857 AD, Leeds Castle was appropriated during the Norman invasion and rebuilt as a more substantial stone dwelling. From 1278 the castle belonged to the crown and has been home to six of England’s medieval queens evolving into one of the most visited historic buildings in Britain.

The main buildings are all constructed from Kentish Ragstone which has in places deteriorated to a point of replacement. Paye’s works centred on the south-central elevation of the Castle and focused on the replacement of non-functioning weatherings, the light de-frassing of exfoliating stone & consolidation with mortars and sheltercoats, the aim being to help manage rainwater away from the vertical elevations.

In addition to this both timber repairs and new sandcast leadwork were completed to the roofs of both East & West turrets with areas of redecoration.

Further phases of repair have followed to the Castle and associated buildings.

Lady Baillie left the building to the Leeds Castle Foundation.

Opened to the public 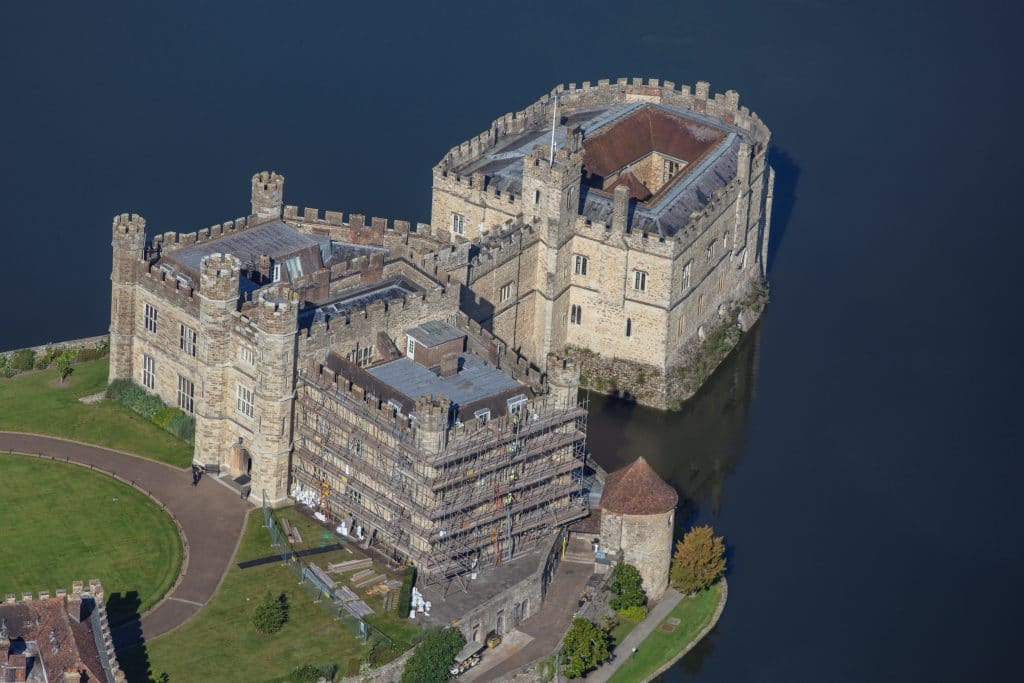 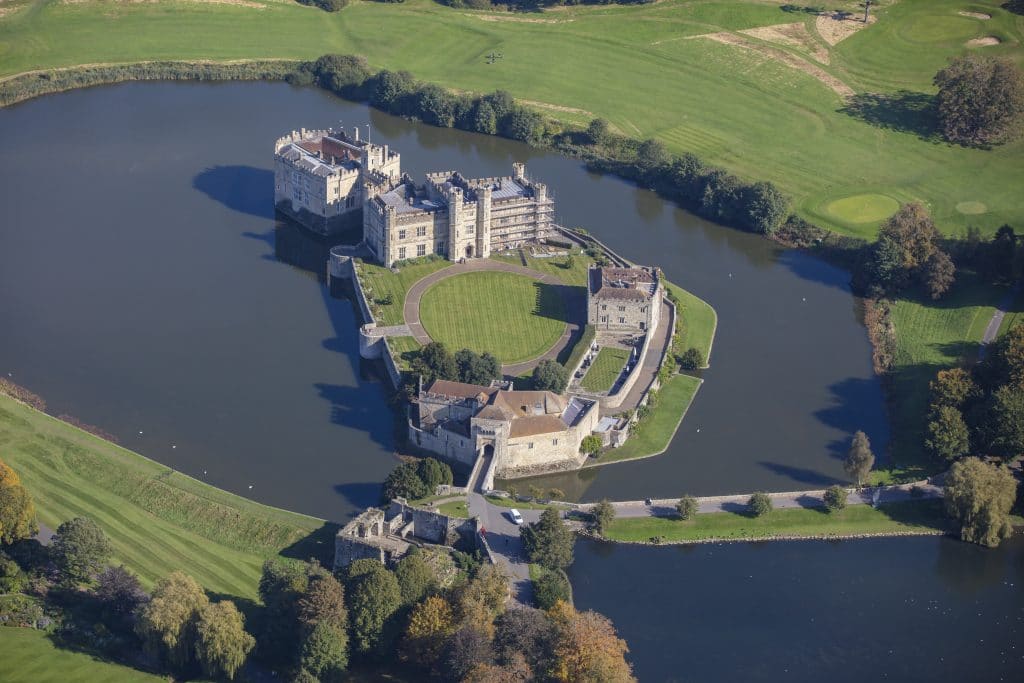 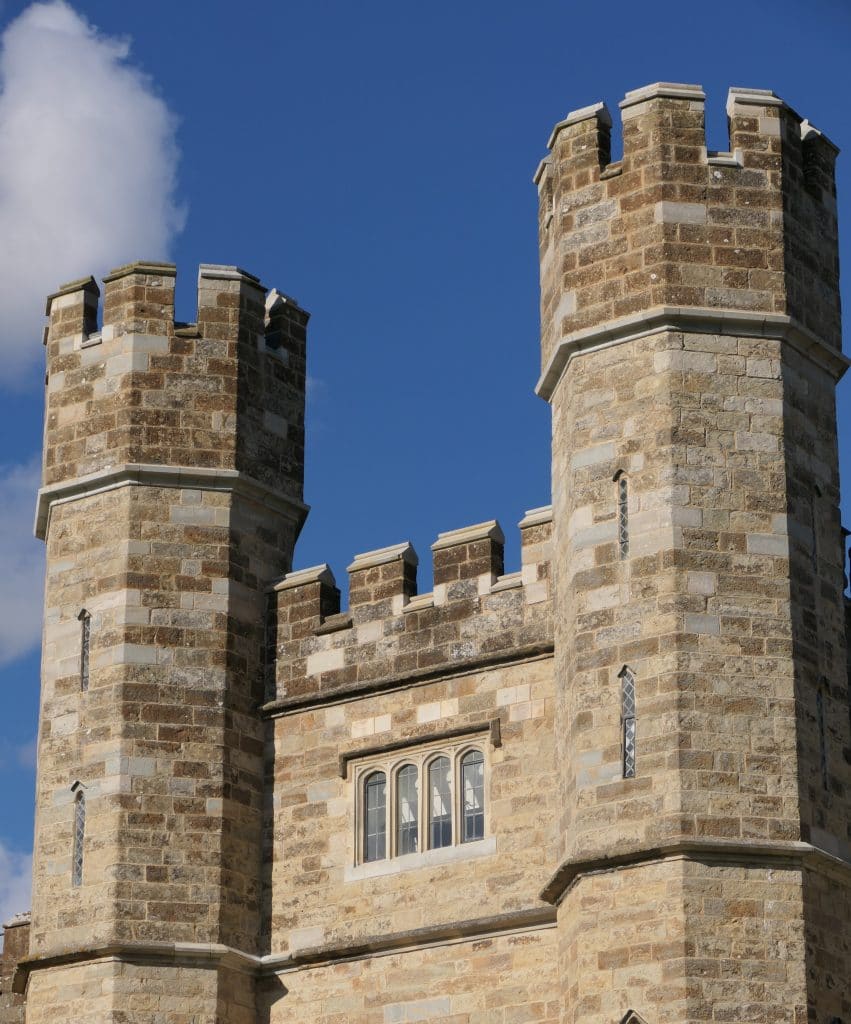 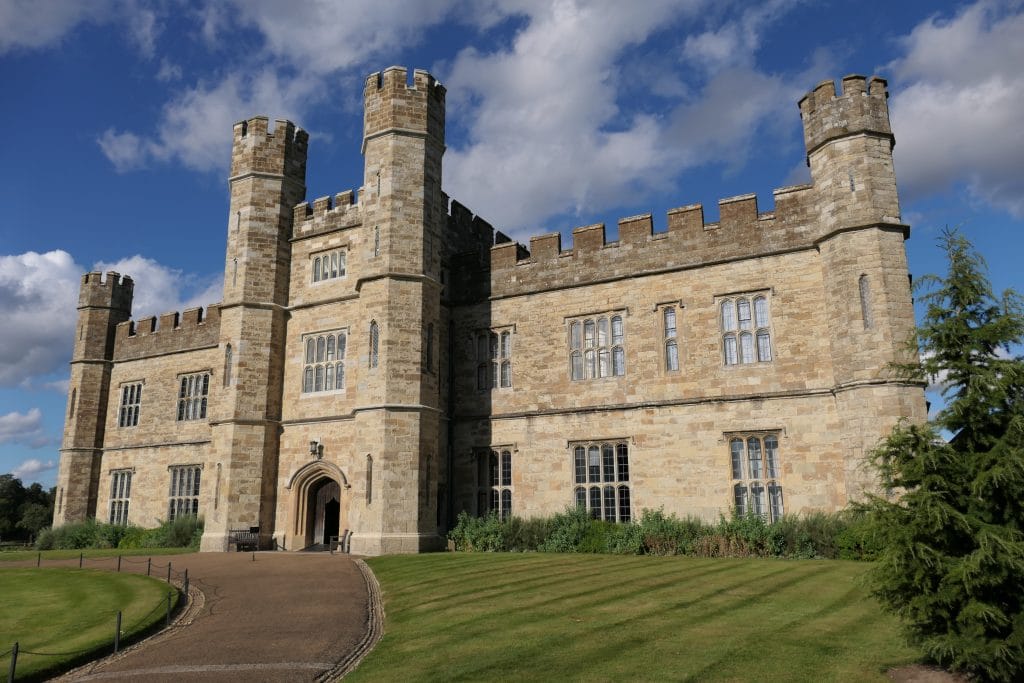 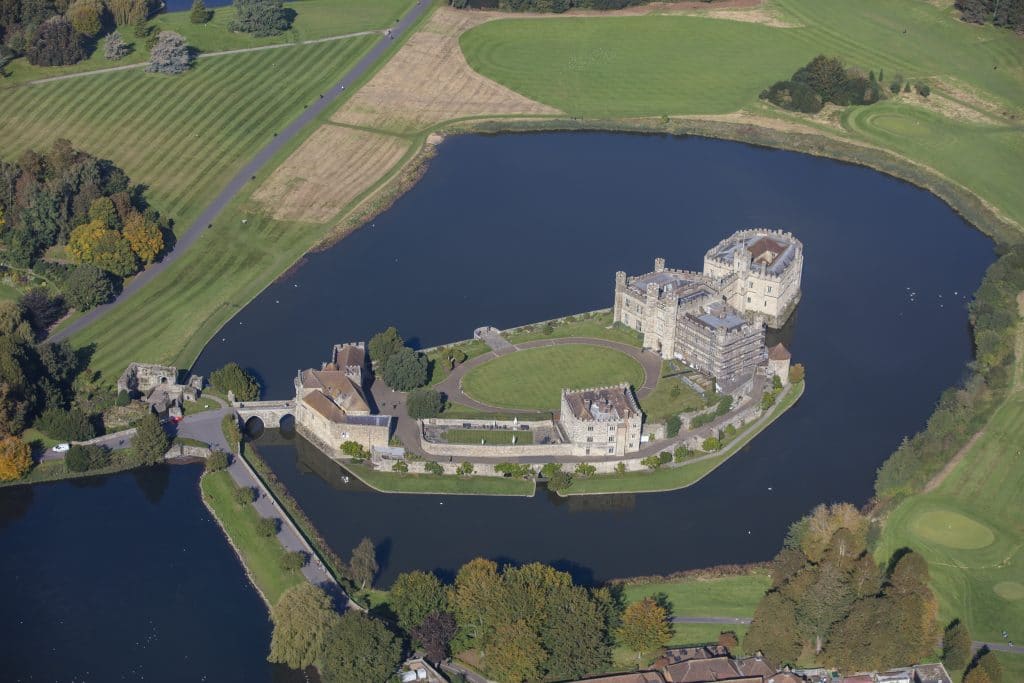