St Nicholas at Wade Church on the Isle of Thanet, dating back to the 12th century and containing exceptionally high quality medieval carvings echoing decorations in Canterbury Cathedral, represented some interesting challenges when we were called in to repair the south western tower.

The upper two thirds of the 23m high tower had suffered from hundreds of years of coastal exposure. There were disintegrating copings, missing embrasure stones and some castellations starting to lean precariously.

Before repair could commence, the complex matrix of interlocking external stones had to be recorded and as the tower top was dismantled all the materials including the original rubble fill, were stored for re-use.

The medieval mortar that had held together the original wall was laboratory tested and exactly replicated, even down to the oyster shell fragments sourced from the nearby coastline, for rebuilding the flint and ragstone wall. 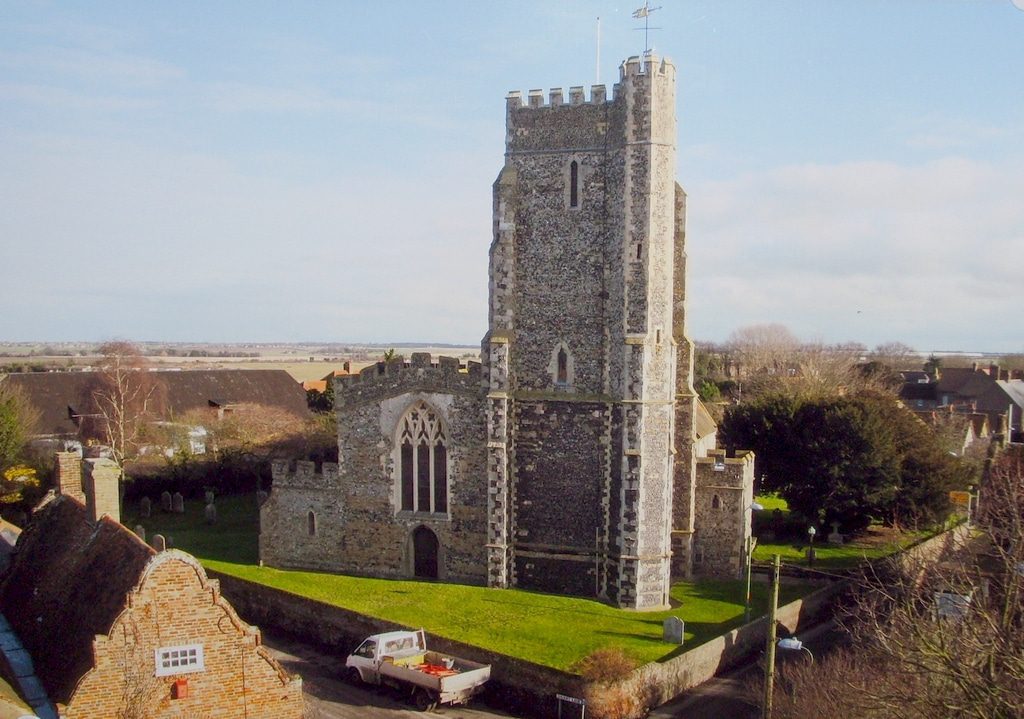 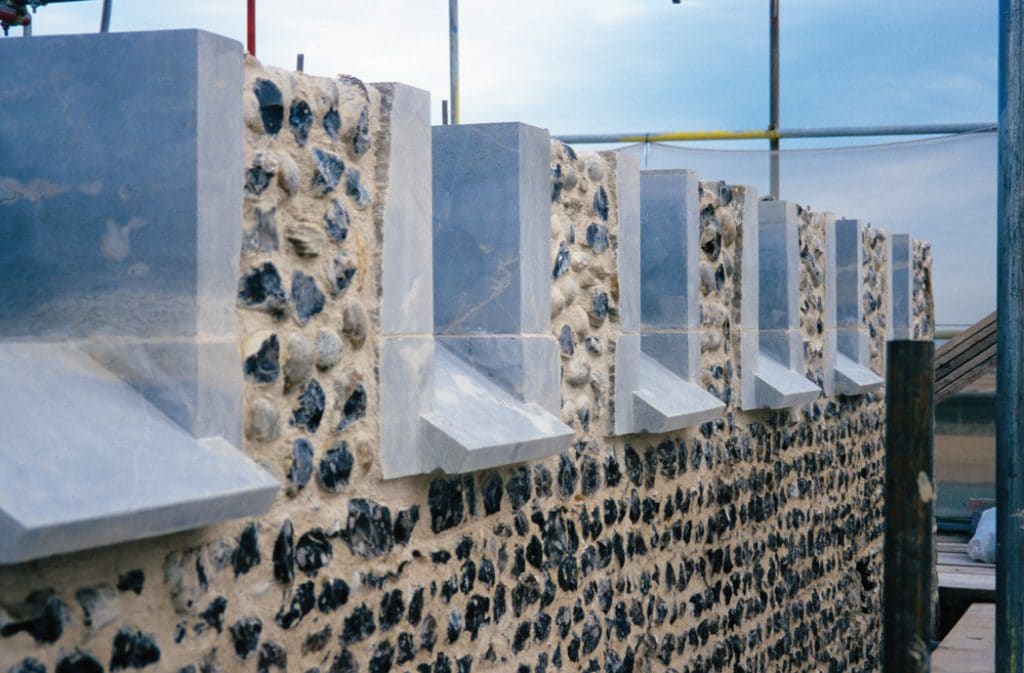 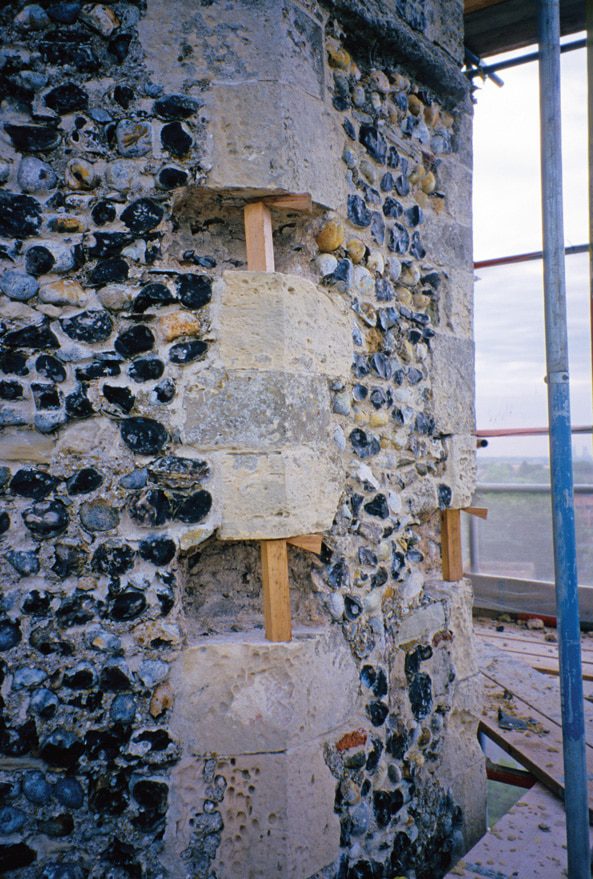