The existing Southwark Cathedral building dates from 1220 and is now the oldest Gothic church in London. It was elevated to Cathedral status in 1906 and lies on the banks of the River Thames near London Bridge.

Work commenced to construct a new range of buildings to link the Cathedral’s Victorian offices with the Chapter House.

The new building was constructed in load bearing Clipsham limestone. Flints from Norfolk were used to form decorative panels that reflected those on the earlier elevations at Southwark Cathedral. Norfolk flints were selected for their blue/black colour and bought in bulk for knapping by hand on site. Part of the existing Chapter house was carefully dismantled salvaging the Cadeby stone for later adaption on site and re-use in linking this to the new building.

A covered ‘street’ was created by the positioning of the new building, access to which from the cathedral was created by adapting a large lancet window (which was also repaired as part of the works). Portland stone was used to construct the four large gate piers. 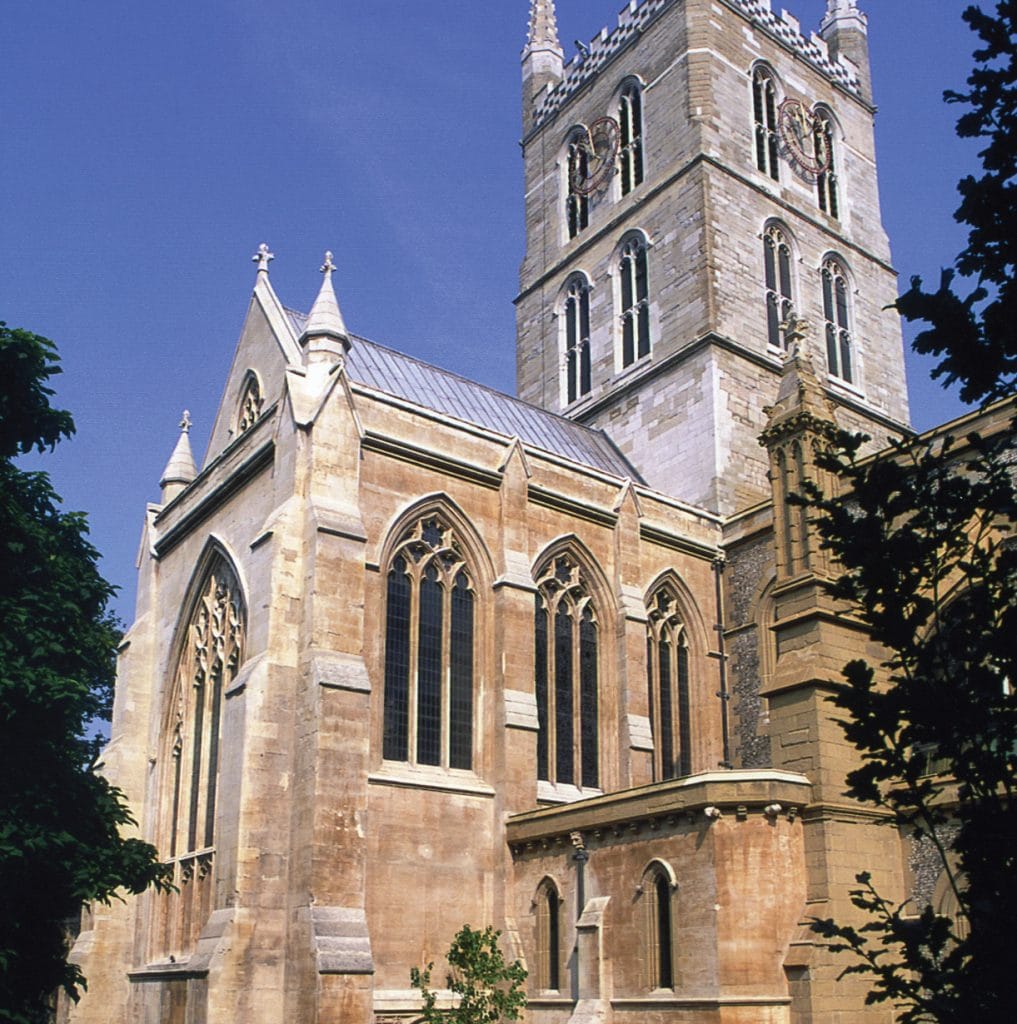 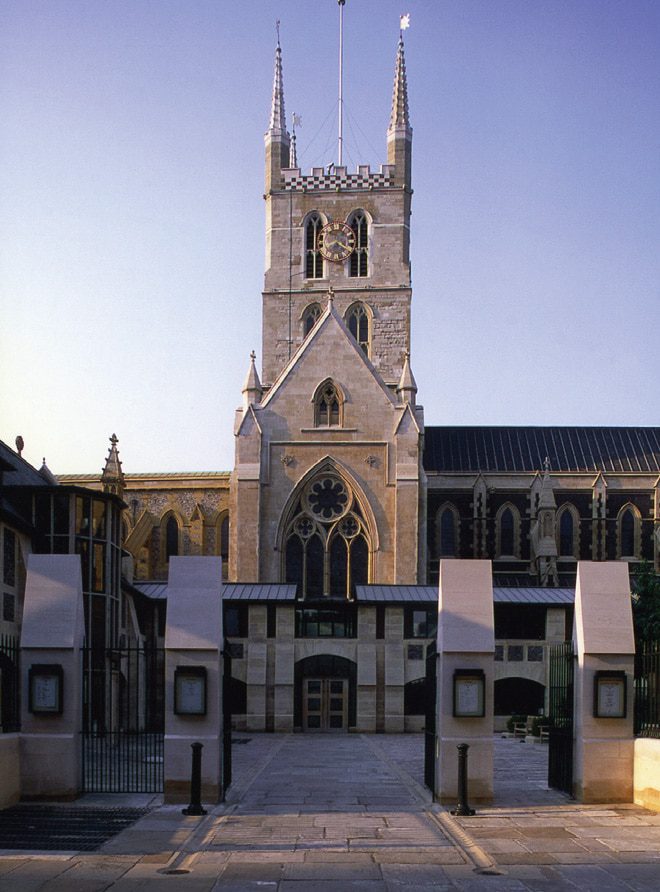 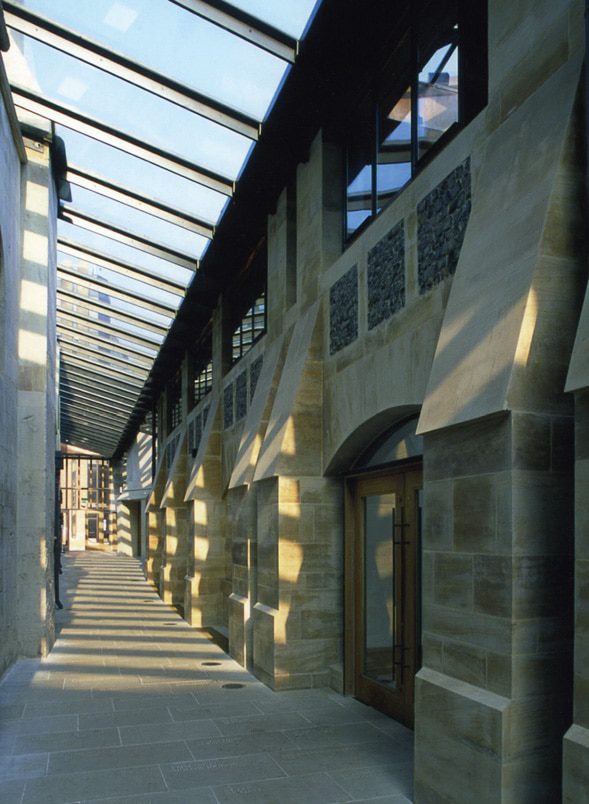