The 13th Century Greyfriars Chapel, spans the river at The Eastbridge Hospital, Canterbury. Remnants of the friary church incorporated into the eastern boundary of the Franciscan Gardens site are still visible as well as part of a stone bridge across the main river channel, along with the stone revetments upstream of it.

Paye were instructed to undertake conservation repairs, consolidation and stablisation to the surviving parts of the medieval boundary wall. This included the removal of deep-rooted vegetation to the South Wall elevation and following a sampling process, replacement of eroded brickwork with grouting of voids and deep re-pointing where necessary.

Areas of the North Wall elevation had become structurally compromised and required the brickwork to be taken down and rebuilt with bricks set in a lime putty mortar, and where cementitious flaunching’s had failed, they were renewed in a natural hydraulic lime (3.5).

Consolidation and repair work to a ragstone arch required the removal of vegetation growths and re-pointing of the failing mortar.

Old cementitious repair mortar to the failed central joint was raked out and the void packed with a new ragstone stone insert and mortar to place the arch joint back into compression. 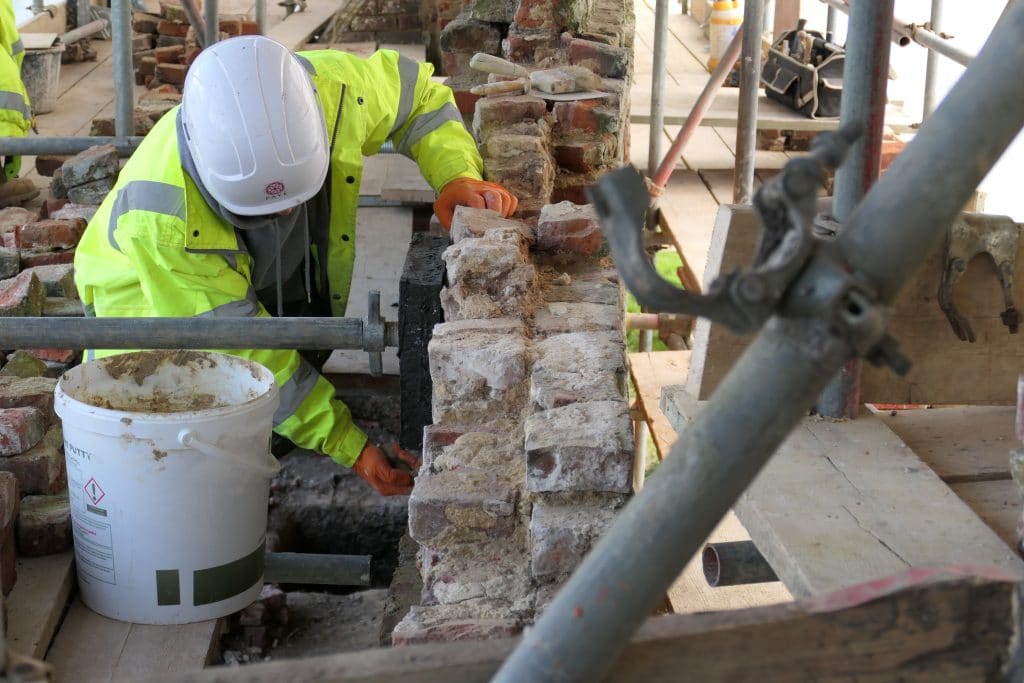 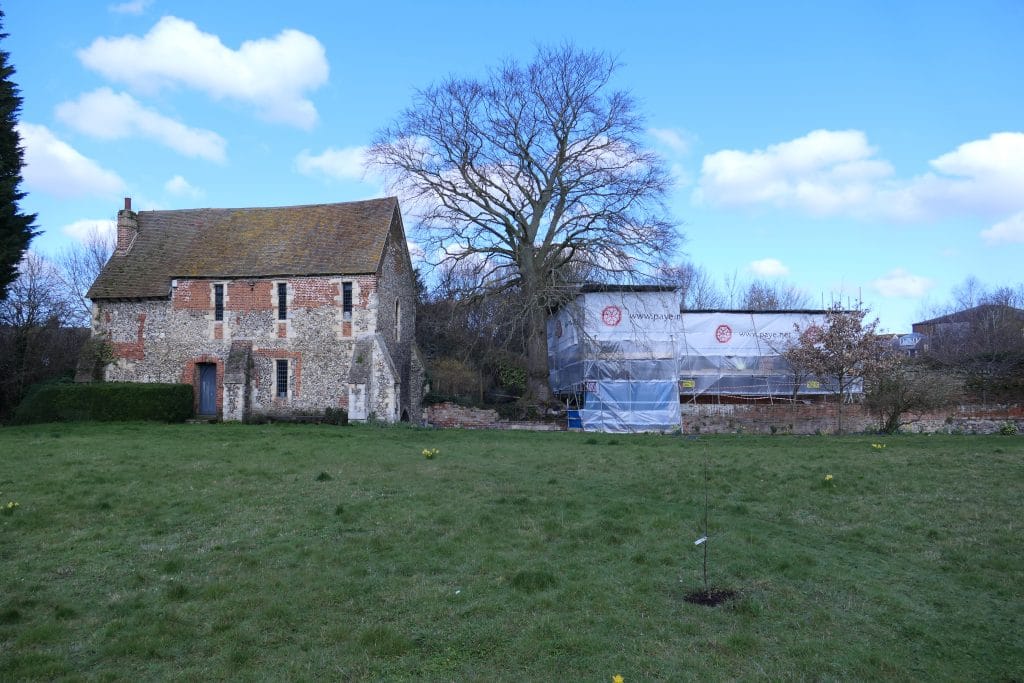 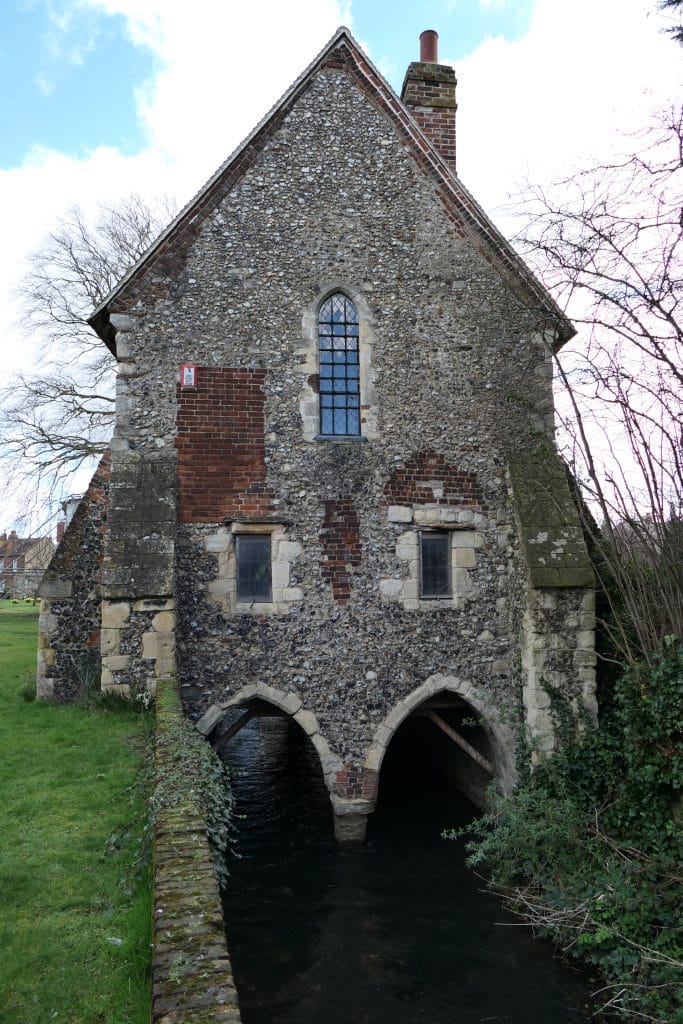 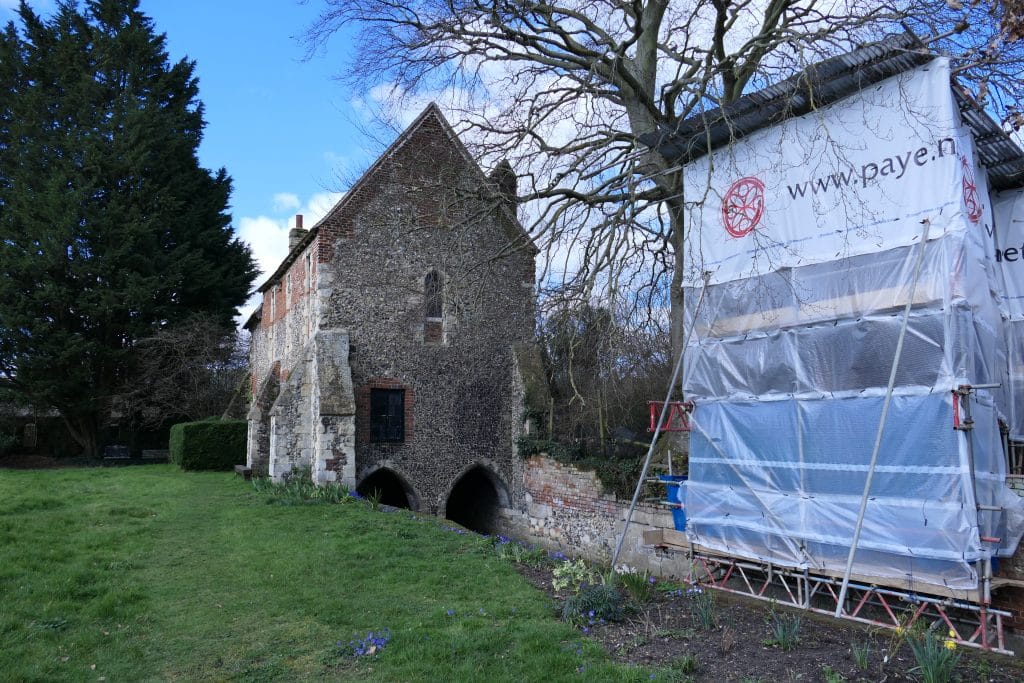 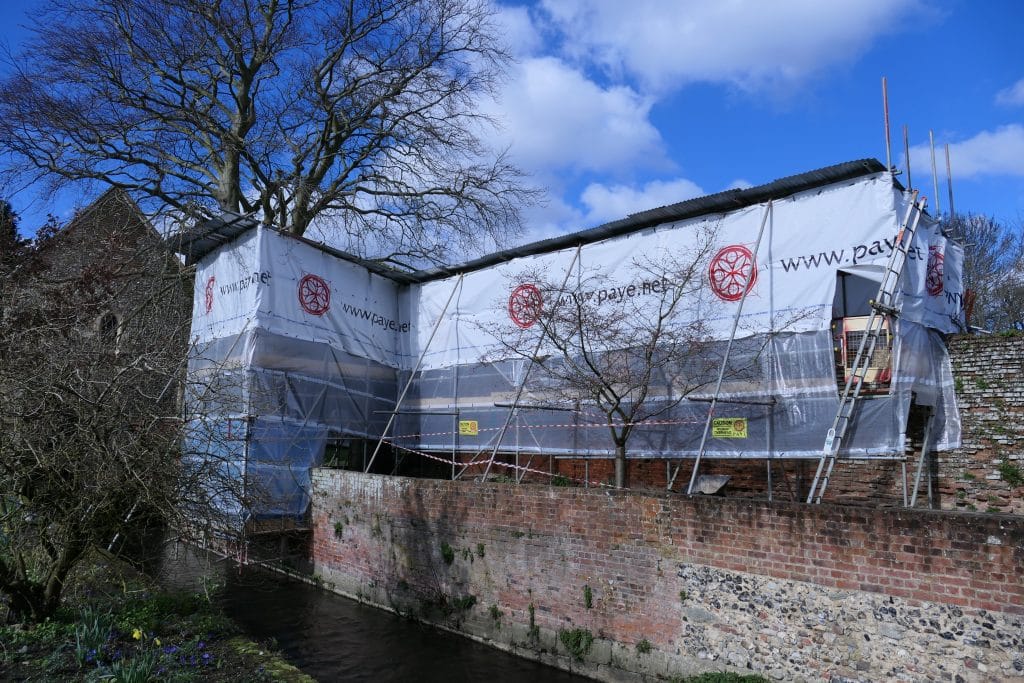