The temple structure (dated c240AD) as found and recorded in the 1950s excavation was the only known Mithraeum from Roman London. The reconstructed temple represented one of the first examples of development related archaeological conservation in the UK. The contract undertaken by Paye Ltd returned the temple remains to their original location and correct orientation  as part of the Walbrook Square redevelopment.

The process of sorting and categorising each of the salvaged stones was carried out at Paye’s storage facility. Large sand beds were constructed allowing stones to be laid out to recreate courses of masonry as identified from photographs taken during the 1950’s archaeological dig. The sand beds were broken down into sections, photographed and transferred onto elevation drawings for use on site to help in the re-construction of the temple walls.

Faithfull to the information available walls have been re-built with masonry missing, out of plumb and in a state of collapse. Extensive sampling of mortars was carried out resulting in several different mixes being used.

The setting of the temple has been further enhanced by the use of black granite cladding to the surrounding walls and to the walls and floor of the interpretation room which have been etched to provide further description of its relevance and history in Roman London.

Built in the mid-3rd century and dedicated to Mithras

'Roman' nails handmade and used for the well 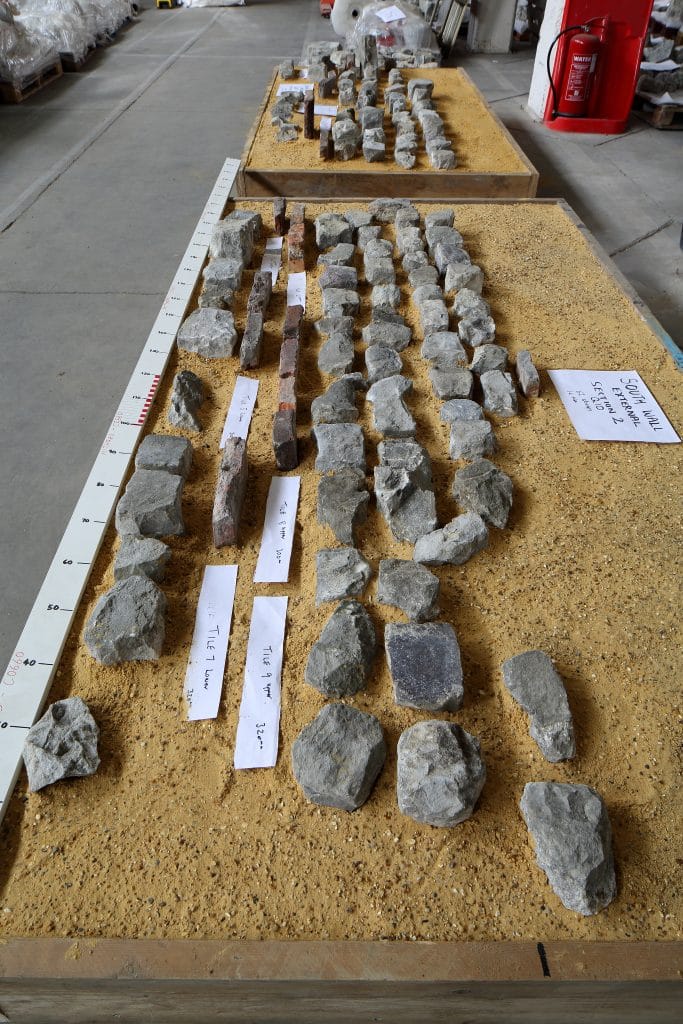 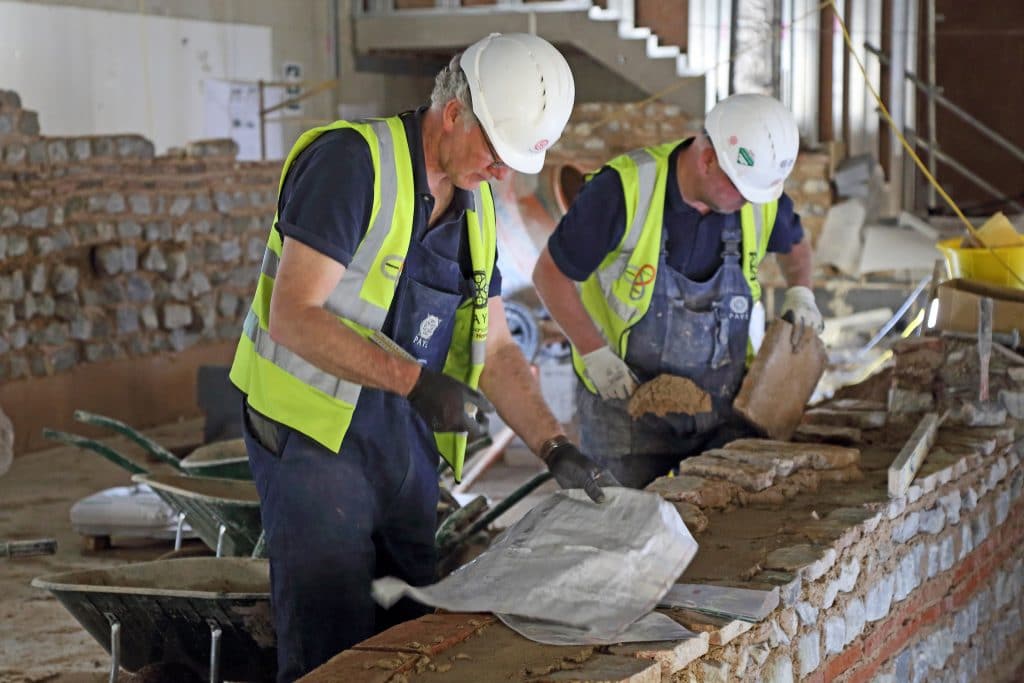 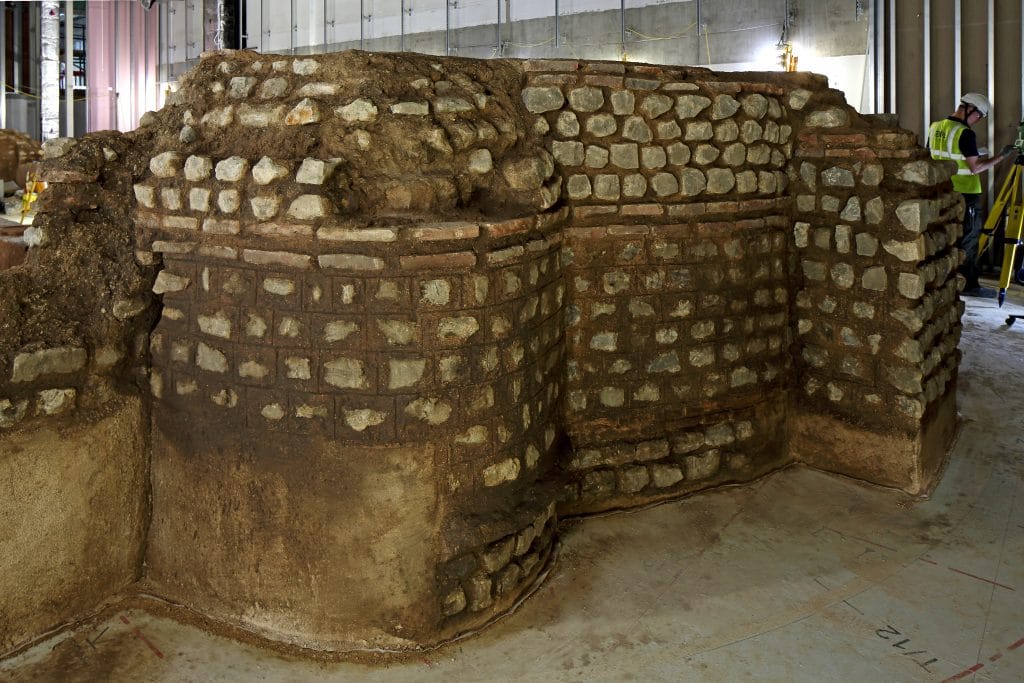 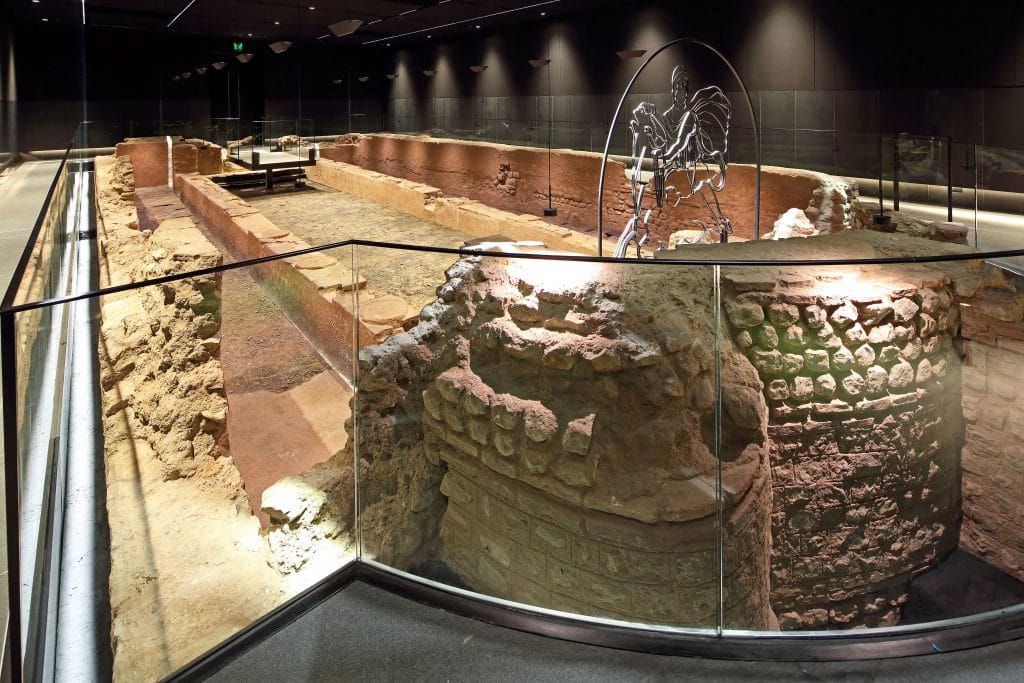 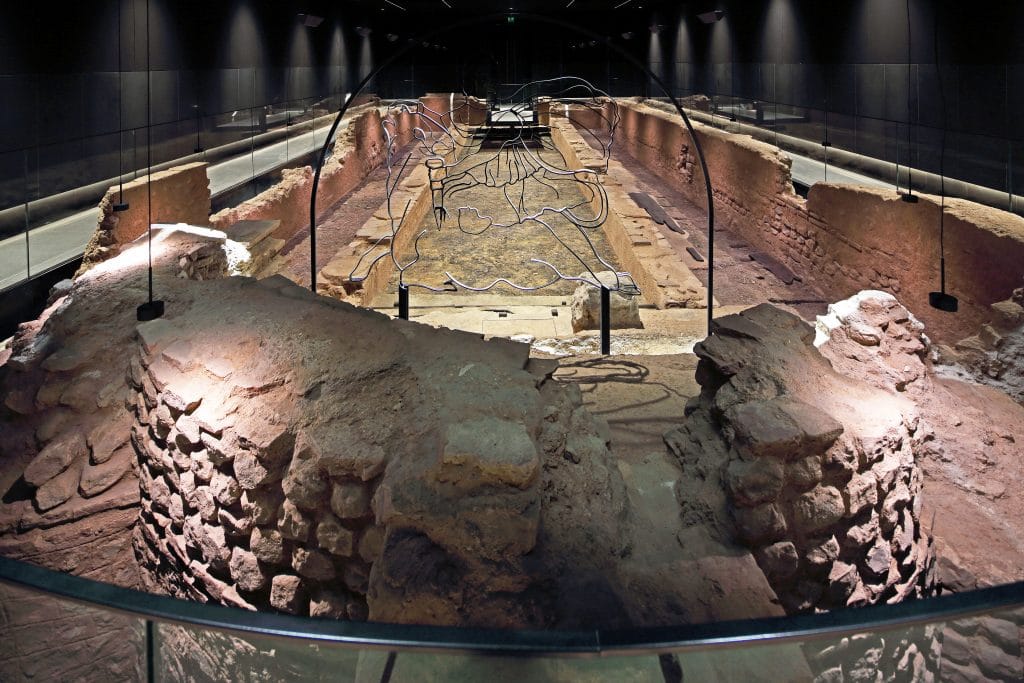 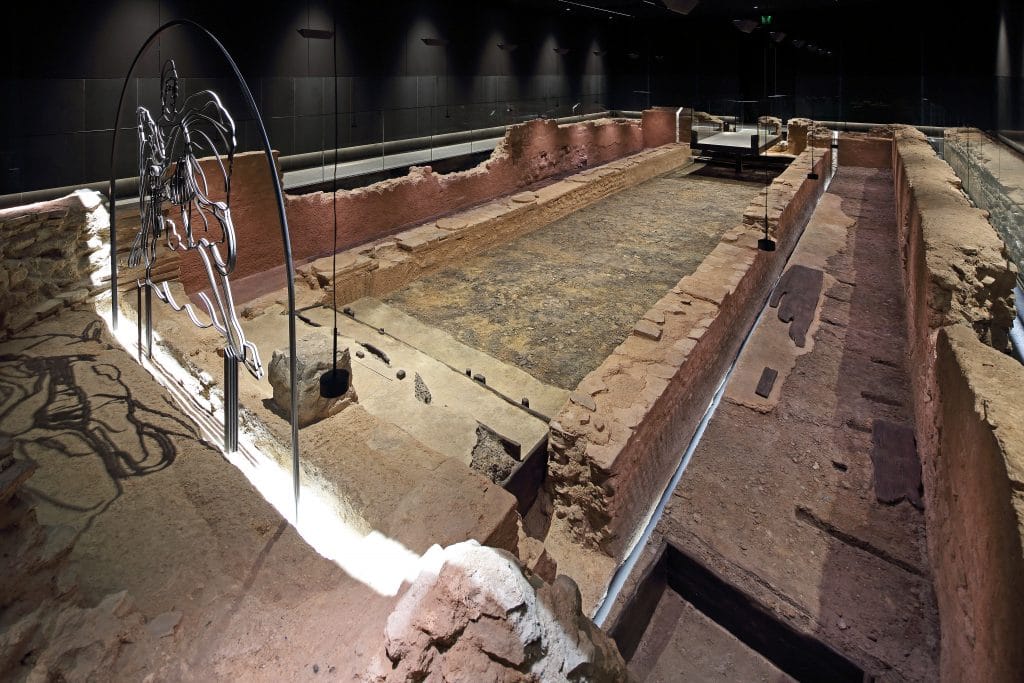 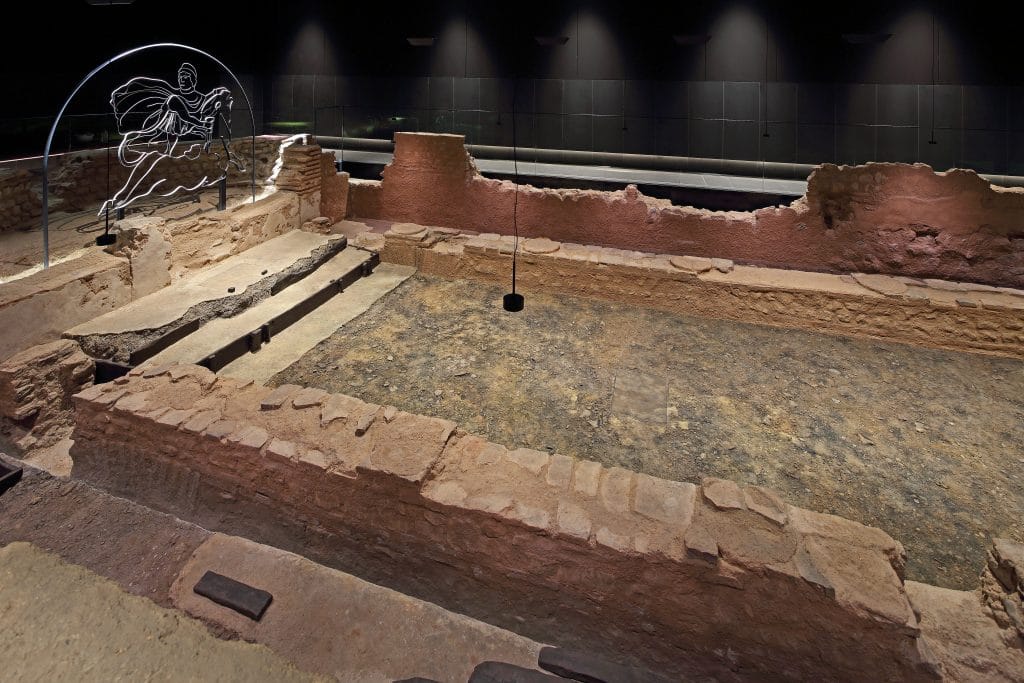 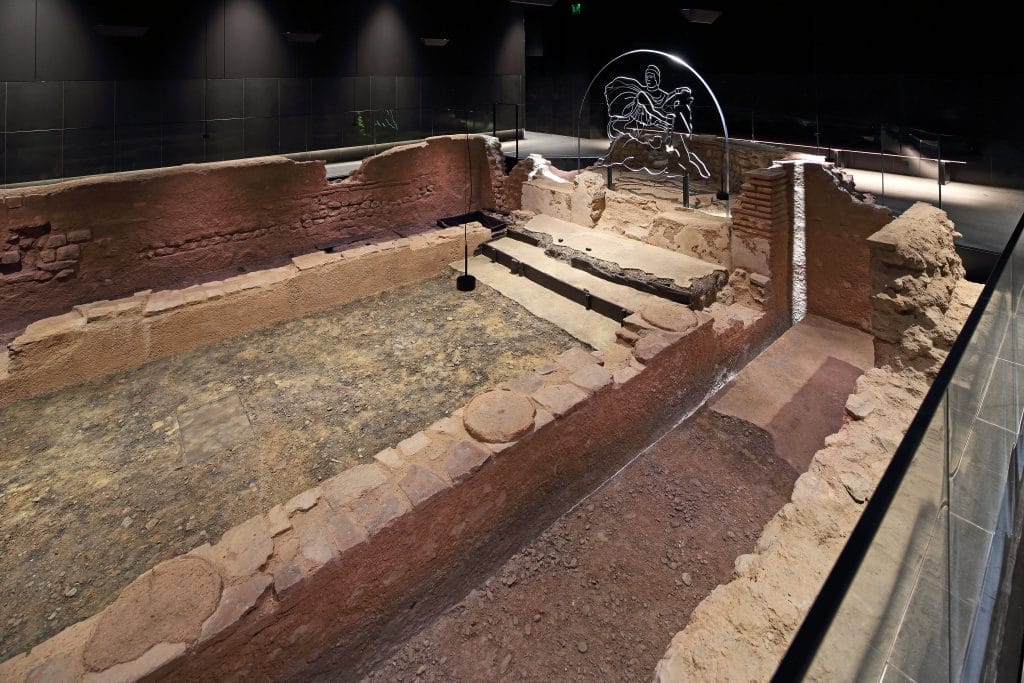 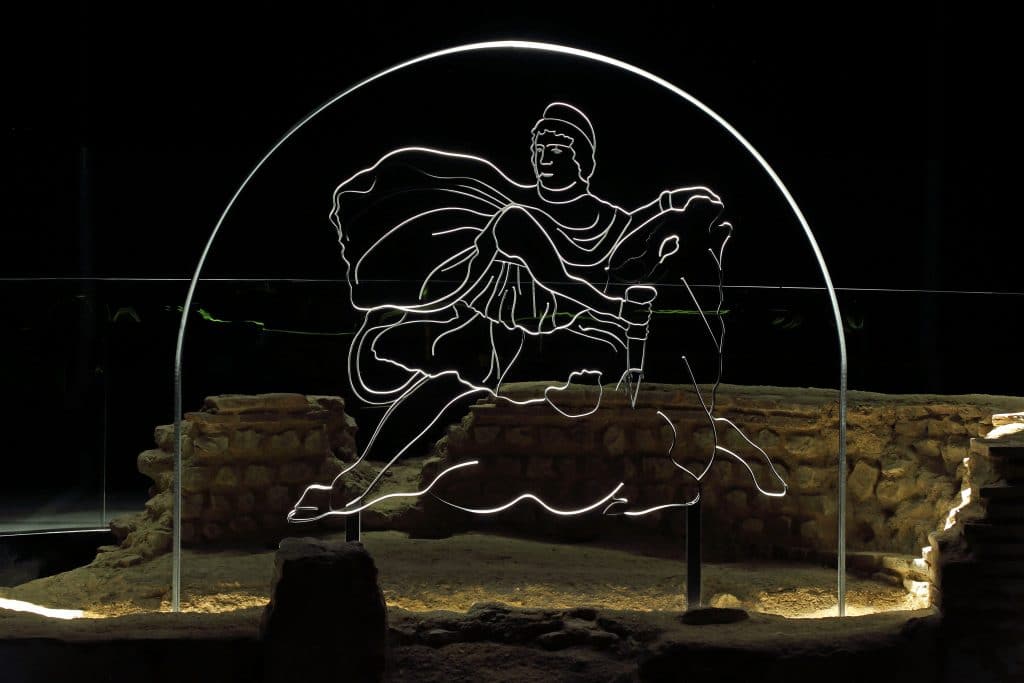 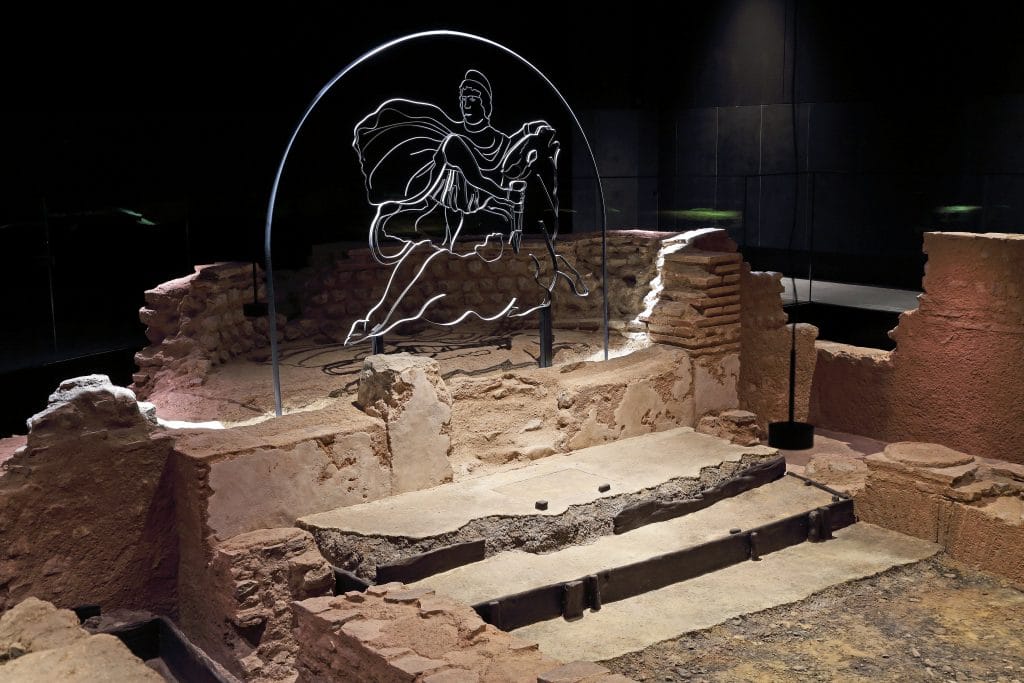 BBC London visited the Temple of Mithras ahead of it official opening, see their report here…