The Conservation Studio, formerly a carriage shed, is found in a stable courtyard within the curtilage of the Grade I listed Ranger’s House which dates from the early 18th century. The building is a solid walled masonry structure with a gabled roof with a small flat roof area to its north-east.

Paye were instructed by English Heritage to renew the roof covering following concerns around the degrading felt and roof tiles, both of which contained asbestos.

Following the asbestos and roof covering removal, the timber was surveyed and carpentry repairs to the roof structure completed. The build-up of the roof-lining to the joists included several layers: a specialist security mesh, 18mm ply board, 120mm rigid insulation, cross-battens, felt and counter battens followed by Welsh slate. 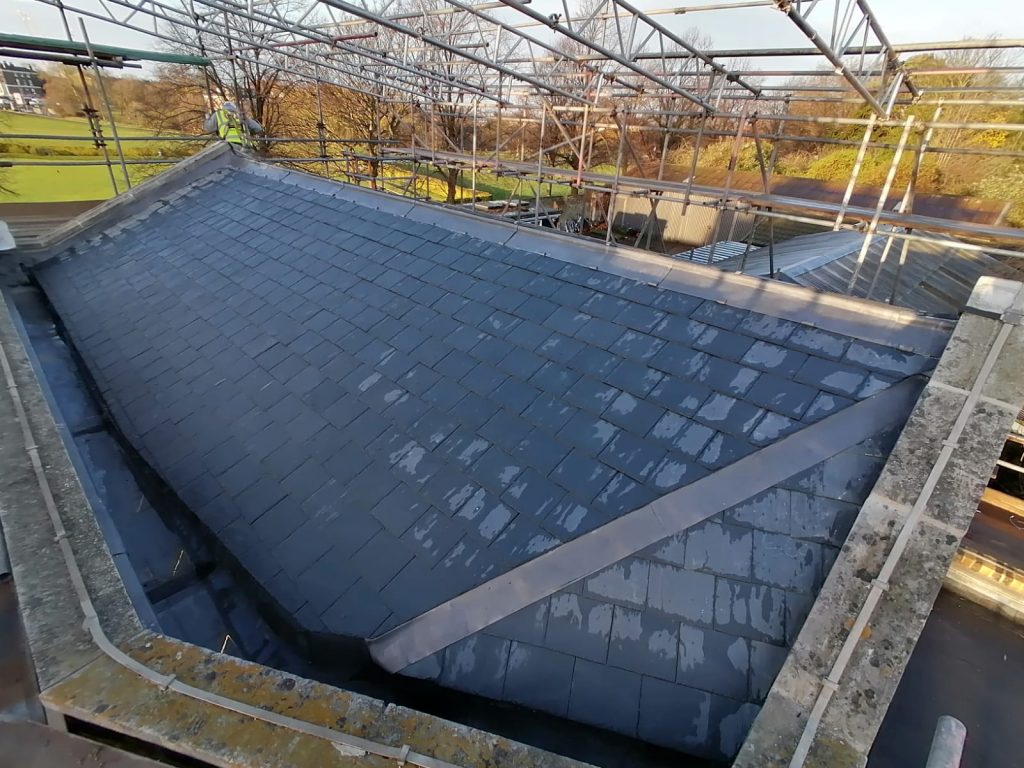 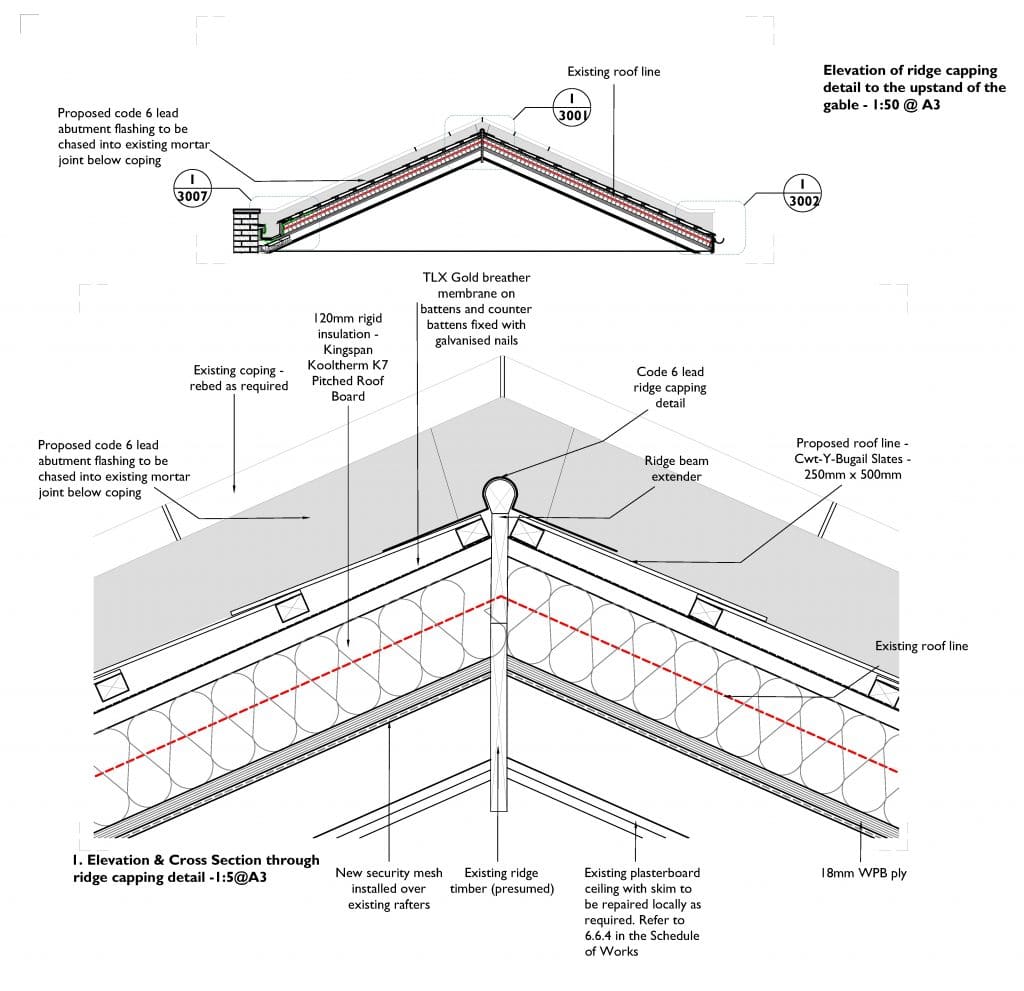 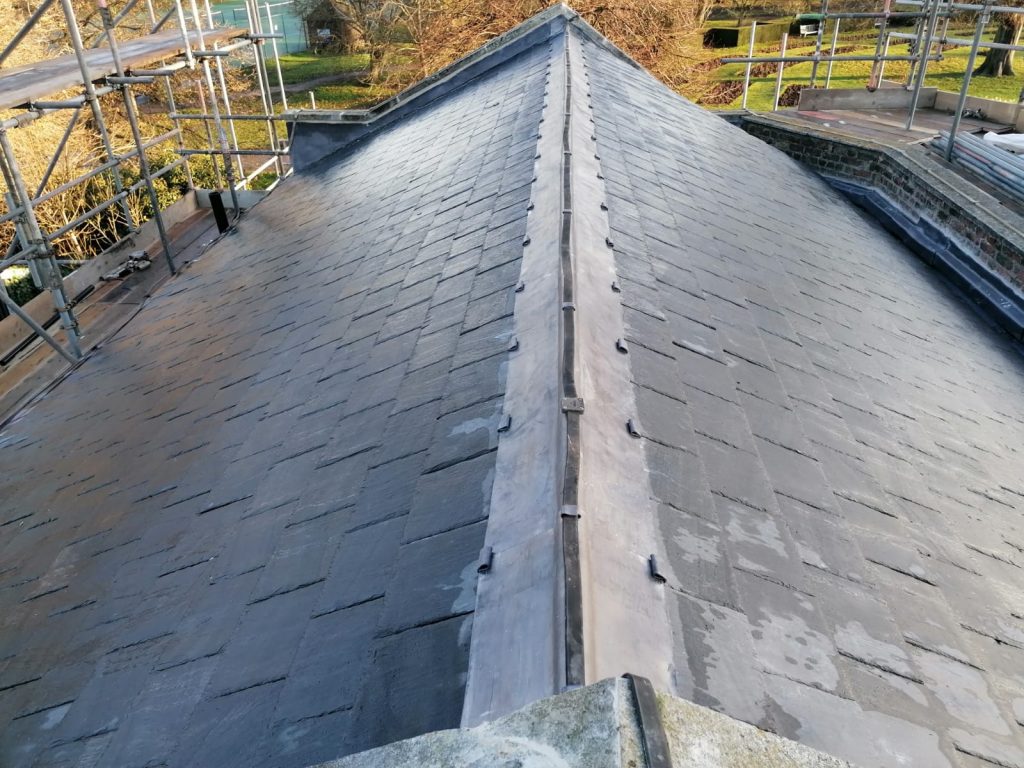 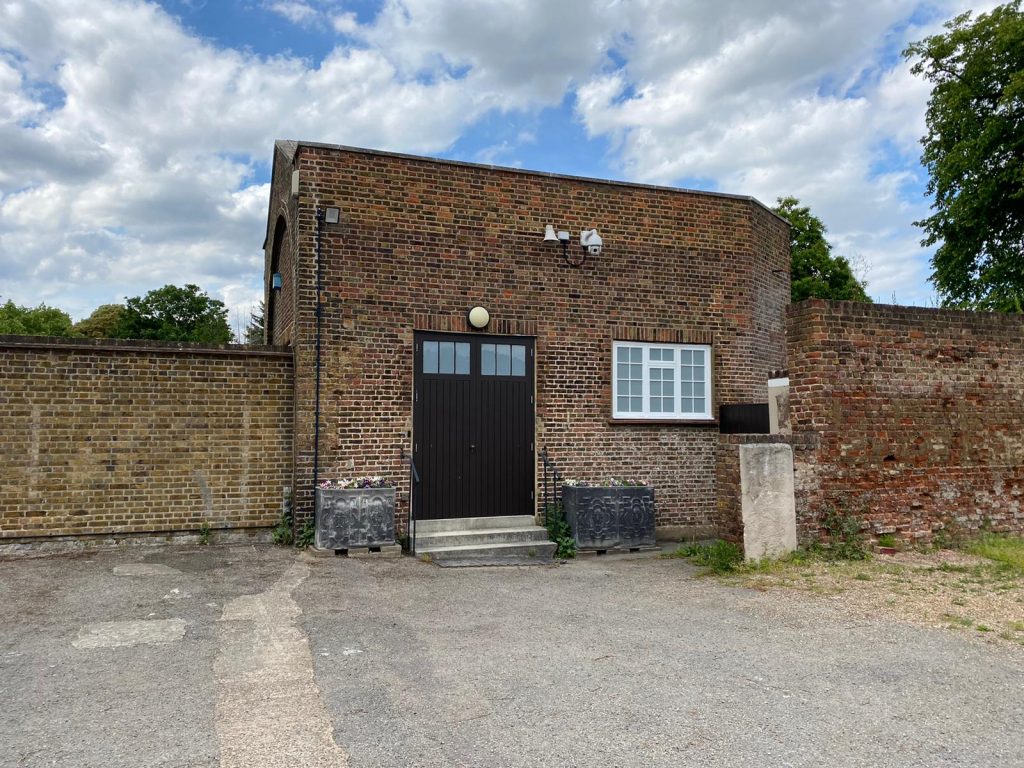