Chenil House on King’s Road was an underused and unlisted building located within a Conservation Area and adjacent to the Grade II listed Chelsea Town Hall.

The 1926 building was formerly a gallery and accidental recording venue, and is of local historic interest. The facade, originally set back from the road was retained but moved, in-situ, to the street frontage. The gable wall is approximately 6.8m wide and 8.5m from first floor slab level to its apex and is constructed from red stock facing bricks with corbel courses and Portland stone decorative features in the late Victorian arts and crafts style. The wall was estimated to weigh about 25 tonnes.

The site offered extremely limited access and was squeezed between buildings on either side and the structural integrity of the wall had degraded severely over time with chronic horizontal and vertical bowing, loose masonry and visible movement in recent repointing.

A structural steel frame threaded through the ground floor and coordinated with the proposed foundations.

A pair of jacks to move the façade and frame.

The travelling frame incorporated diagonal bracing struts and a kentledge support to secure the wall and counteract the lateral forces that the demolition of the original structure would make it susceptible to. The kentledge platform carried a stack of dense 100mm concrete blocks, weighing around 12 tonnes.

With contingency load overprovision also added, this meant the total weight that would be moving would be about 40 tonnes. After 6 weeks of careful coordination and preparation the façade was moved in just over three hours using two one tonne bottle jacks. 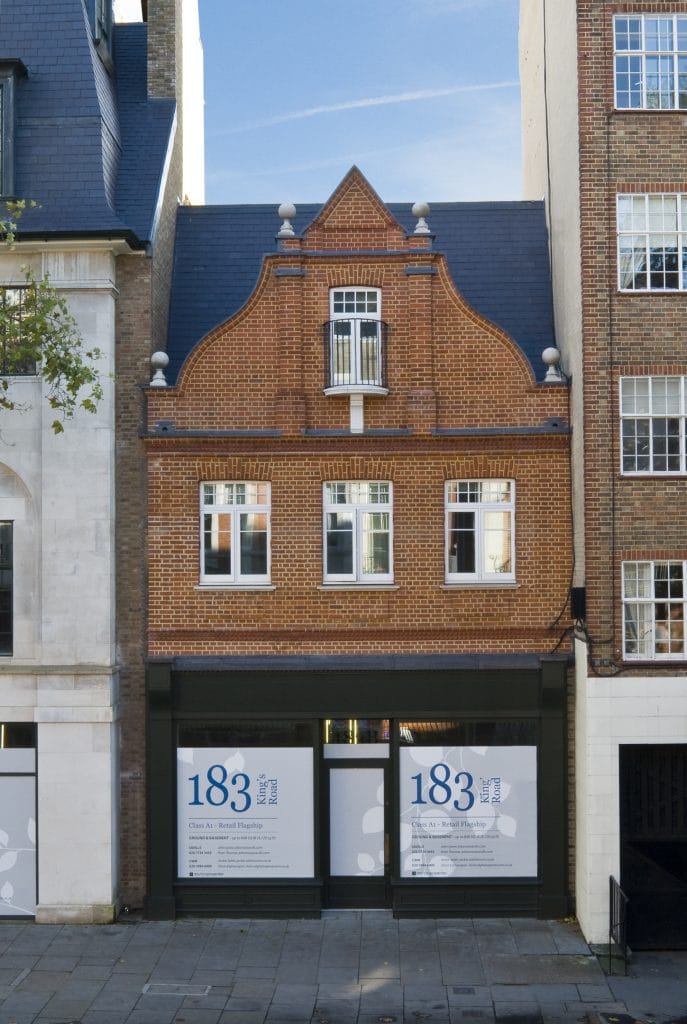 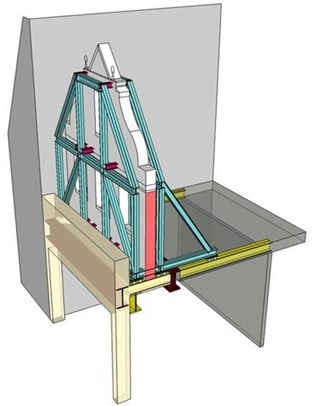 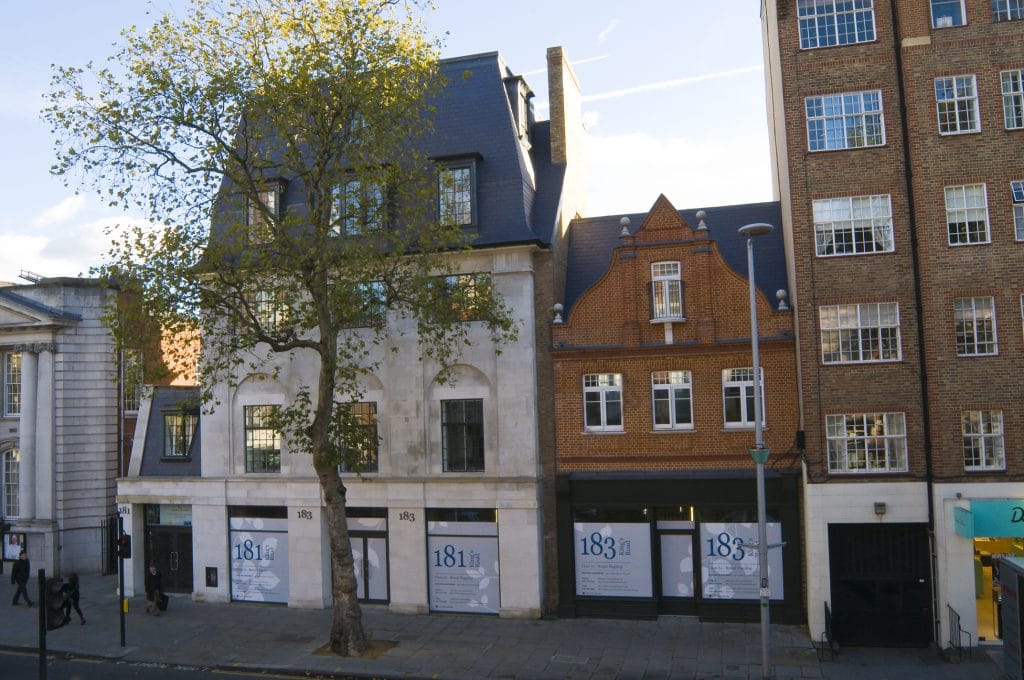